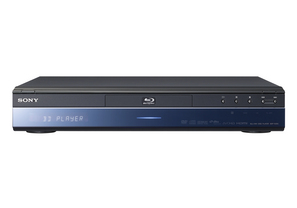 Following the success of the company’s first player, the newest unit is expected to broaden the market with a price of around $600, a new design, advanced audio codecs, BRAVIA™ Theater Sync, and CD playback.

“We plan to continue leading the Blu-ray Disc charge with products for the home that exceed consumer expectations and fulfill Sony’s vision for an HD world.” said Jeff Goldstein, vice president of marketing for Sony Electronics’ Home Products Division.

For those who own an HDTV set without HDMI, an analog component output for 1080i (interlaced) is available as well.

The new BD player is compatible with most standard DVDs and has the added feature of 1080p upscaling through HDMI to 1080p capable HDTVs, improving the picture performance of existing DVD libraries.

The model also supports AVC-HD discs encoded with xvYCC technology, a new international standard for wide color space, which Sony has branded as x.v.Color. Goldstein said “the standard expands the current data range of video approximately 1.8 times, so the player can now output more natural and vivid colors similar to what the human eye can actually see.”

The new BD unit incorporates BRAVIA Theater Sync utilizing HDMI connectivity, which integrates the operation of the player with a compatible BRAVIA flat-panel LCD television or audio/video receiver. With the touch of a button, you can automatically turn on and switch inputs matching connected devices.

Additionally, the player offers multi-channel linear PCM digital audio output via HDMI, and can decode Dolby Digital Plus, providing optimum surround sound to an appropriately equipped receiver. The unit has optical and coaxial digital audio out, along with 5.1 channel decoding capability for backward compatibility with existing receivers.

The new BD player will be available this summer for about $600 at Sony Style stores, online at sonystyle.com and at other retailers nationwide.