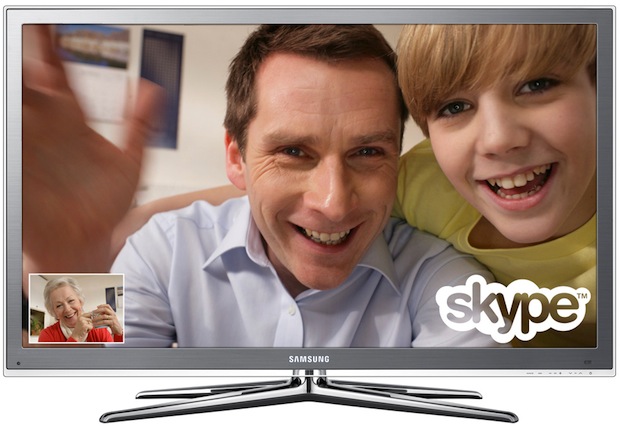 Samsung Electronics Co., Ltd and Skype today announced that the new Samsung LED 7000 and 8000 series HDTVs of 2010 high-definition televisions will feature embedded Skype™ software allowing Skype users to make video and voice calls through the TVs. Samsung, the global market leader in televisions, will begin shipping TVs with Skype software in the Korean market today, and worldwide in the first half of 2010.

“Our consumers want their televisions to be a ‘one-stop shop’ for entertainment and communication delivered with the highest quality,” said Kevin Kyungshik Lee, Vice President of Visual Display at Samsung Electronics. “Including Skype on our TVs meets that expectation perfectly. We’re thrilled that Samsung’s consumers can now use our TVs to experience the rich video and voice communication that hundreds of millions of Skype users worldwide enjoy.”

The debut of Samsung’s Skype-enabled televisions reinforces Skype’s commitment to making its video and voice calling capabilities available on a full range of Internet-connected devices, including TVs. Televisions with built-in Skype software were first introduced at the International Consumer Electronics Show in January 2010.

The Samsung LED 7000 and 8000 series televisions include Samsung’s free Internet@TV service, which allows access to select online content. Consumers who connect the TVs to the Internet can easily attach a FREETALK TV Camera for Samsung provided by In Store Solutions (ISS), available at www.skype.com/store, making it possible to place and receive voice calls and High Quality Video calls. Voice calls will use Skype’s SILK audio codec, which enables super-wideband audio quality.

Using the TVs’ remote controls, consumers can create free Skype accounts, log into their existing accounts and navigate via a simple Skype interface accessible on the televisions’ screens. Skype video calls will be free, as will voice calls between Skype users. Using Skype to call traditional landline and mobile phones will cost just pennies per minute.

“Increasingly Skype users want to communicate away from their computers, particularly when it comes to video calling,” said Jonathan Christensen, General Manager of Platform at Skype. “Thanks to Samsung, Skype is helping even more friends and families benefit from the meaningful connections that Skype’s video and voice calling provides.”

In addition, LG and Panasonic have previously announced Skype embedded HDTVs due out this year.