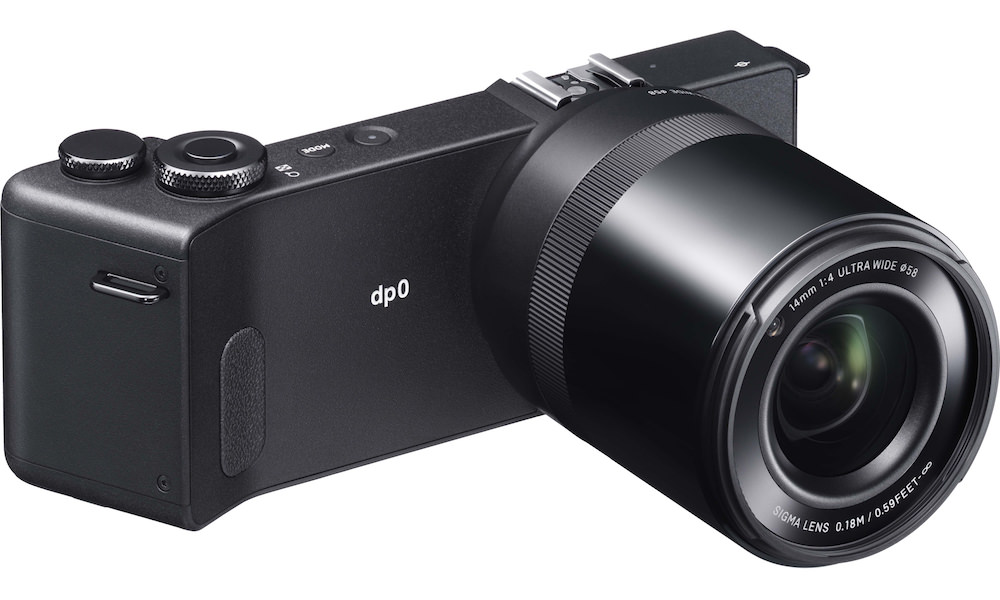 Sigma announced its fourth Quattro-series compact digital camera will be released next month for $1,000. The new dp0 Quattro incorporates a fixed, high performance 14mm F4 lens, which is equivalent to a 21mm lens on a 35mm DSLR and is optimized to maximize the performance of the series’ Foveon “Quattro” Direct Image sensor. The Quattro line is designed for photographers seeking the utmost in image purity, and the 14mm F4 lens is designed to take full advantage of the exceptional detail and color captured by the Foveon Quattro sensor.

In order to achieve the highest optical performance, the dp0 lens features four “F” Low Dispersion (FLD) glass elements, which have performance equal to fluorite, two Special Low Dispersion (SLD) glass elements, and two aspheric lenses, including a wide double-sided aspheric lens. This reduces chromatic aberration and distortion, which are characteristics typically present in super wide angle photography. The camera offers sharp rendering performance from the maximum aperture, and the superior telecentric optical design improves image quality throughout the frame and maximizes the sensor’s ability by passing on information about subjects to the sensor. In addition, the wide angle of view of 91 degrees and depth of field are ideal for architectural structures, interior photography and landscapes.

As with all the cameras in the Quattro series, the dp0 Quattro features the distinctive styling of the line. The Foveon Quattro X3 Direct Imaging sensor is the equivalent of a 39 megapixel (MP) Bayer sensor in resolution testing. The next generation sensor builds on the distinctive properties of the X3 technology, which uniquely records red, green and blue wavelengths at each pixel location within three layers.

The Quattro sensor is a three-layered, panchromatic silicon chip with green-sensitive middle and red-sensitive bottom layers each having 4.9 MP and record only color/chrominance information. The top layer captures 19.6 MP of blue channel chrominance and resolution/luminance information for the red and green channels, resulting in greater detail capture and resolution capabilities that are higher than the Merrill DP camera line. The Quattro sensor’s architecture also contributes to true color rendition, more detail capture, and faster image processing, all of which delivers even more realistic images. 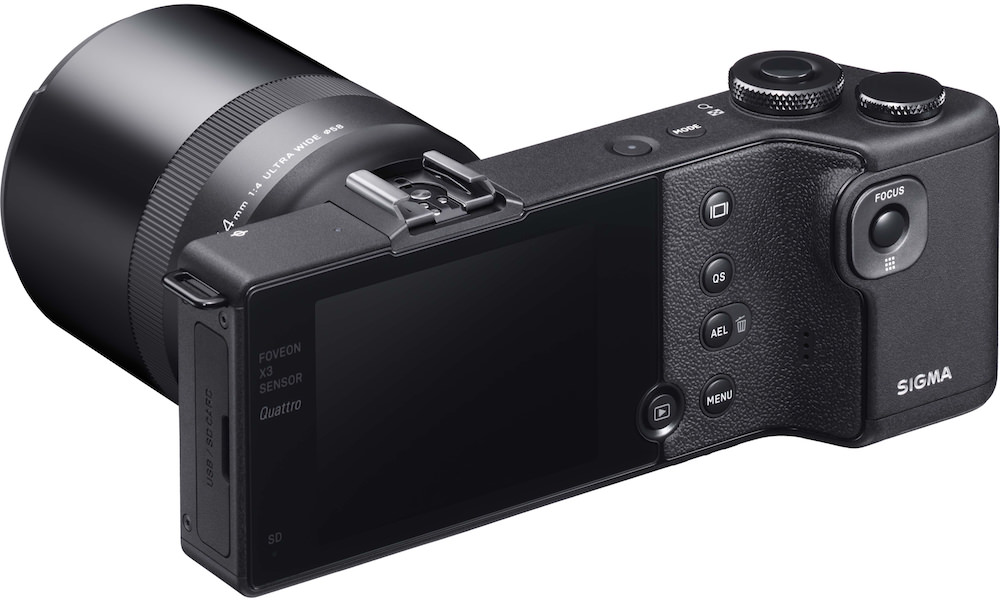 Price and Availability
The Sigma dp0 Quattro camera will be available in the United States in late July 2015 for $999.