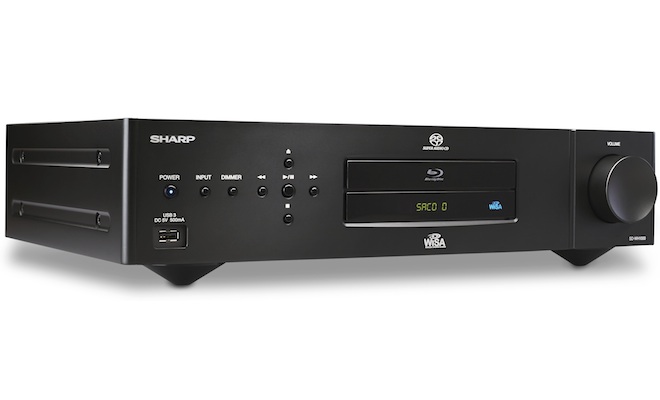 Sharp announced a $5,000 Wireless High Resolution Audio Player (SD-WH1000U) based on the WiSA standard that can simultaneously transmit 7.1 channels of (24 bit/96kHz) uncompressed audio without cables or wires. The player also transmits uncompressed Full HD 1080p video to your TV wirelessly using the Wireless HD (WiHD) standard and an included adapter.

High quality audio signals from the player can be transmitted to any WiSA-compliant speaker system, or to any traditional passive speaker via the Sharp Wireless Bridge (VR-WR100U). Together they can bring the full freedom and fidelity of high resolution audio to any high-end speaker system—with the convenience and flexibility of a wireless setup.

Sophisticated construction techniques and premium materials give Sharp’s Wireless High Resolution Audio Player absolute fidelity and supreme reliability. From all power supply components to all audio path components, all components have been hand-picked by Sharp engineers.

The Sharp Wireless High Resolution Audio Player comes equipped with a SACD and Blu-ray disc drive and supports an extremely wide variety of media types and file formats including SACD, CD, Blu-ray, DVD (video only), FLAC, WAV, MP3 and DSD. The player can access files on a hard drive (via USB) and it can also connect to a home network to access files stored on a network-attached storage device or a networked computer. Navigation and content control are seamless via the compatible Sharp mobile app that will be introduced for both iOS and Android. 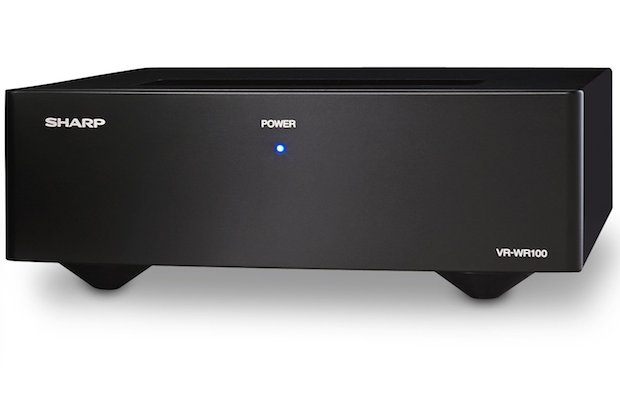