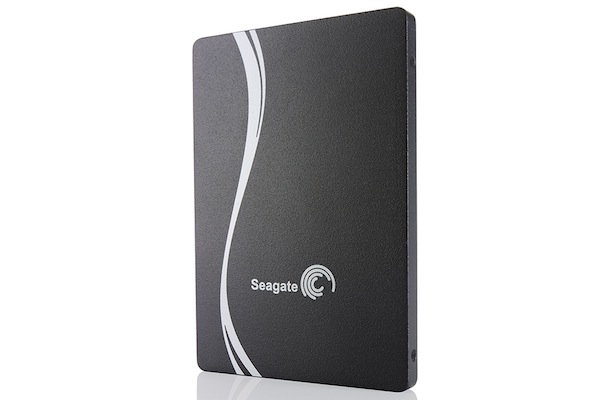 Seagate today announced the 600 SSD, 600 Pro SSD, and the 1200 SSD drives, which are engineered to deliver ultra-fast speed and high data integrity. Rounding out the portfolio, Seagate also announced the new Seagate X8 Accelerator, a storage class memory PCIe card powered by Virident enabling the company to offer all key interfaces including SATA and SAS solutions.

Fast and as easy to install as a hard disk drive upgrade, the Seagate 600 SSD is available in multiple z-heights including an industry-first, diminutive 5mm-high drive making it ideal for most ultra-thin devices as well as standard laptop systems. The drive features up to 480GB of capacity and comes in a 2.5 form factor. It also incorporates a 6Gb/s SATA interface for fast data transfer rates and easy connection. 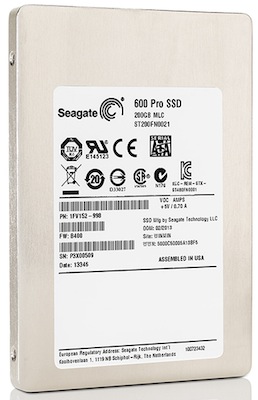 Engineered with efficiency in mind, the 600 Pro SSD features the industry’s highest IOPS/watt to improve system performance while reducing power and cooling costs for transaction-hungry datacenters and cloud enterprise applications. Utilizing 2.8 watts typical operating power, the drive reduces energy by automatically adjusting the power consumption to workload I/O levels— using less power for lighter workloads. The drive is also equipped with the intelligence to deliver high-data integrity, safeguarding against unexpected power loss and undetected corruption when a device is powered off.

The Seagate 600 Pro SSD is available with up to 480GB capacity and comes in 2.5-inch form factor. It is equipped with a 6Gb/s SATA interface for fast data transfer rates and easy connection to existing SATA infrastructure. 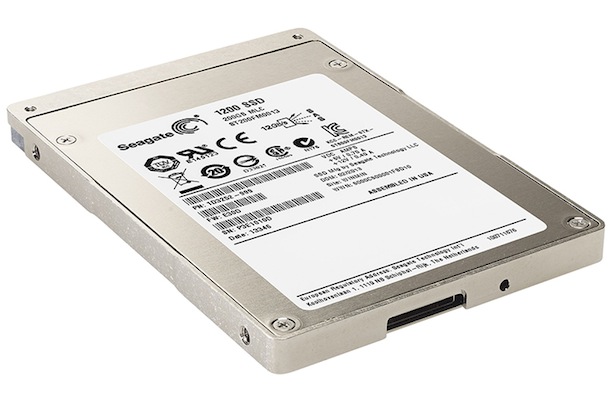 Designed for demanding enterprise storage and server applications with complex, write-intensive mixed workloads, such as high-performance computing and data analytics, the Seagate 1200 SSD (12Gb/s SAS) delivers the ultimate in speed, consistent performance and the highest levels of data integrity.

Built to deliver ultra-fast data access, the drive uses algorithms that optimize performance for frequently accessed data by prioritizing which storage operations, reads or writes, occur first and optimizing where it is stored. The result is improved performance to help close the gap between processor and data access. 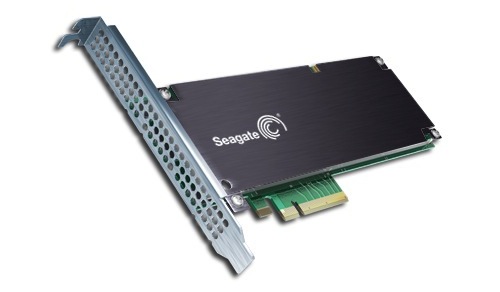 The Seagate X8 Accelerator, powered by Virident, delivers memory-class performance and storage-class capacity with enterprise reliability and data integrity in a single, low profile PCIe card. Providing industry-leading performance, with up to 1.1 million IOPS, the X8 Accelerator boosts server performance with ultra-fast speed that is up to 2X faster than the closest competitor and closer to DRAM performance than storage.

Boasting high storage capacity (up to 2.2TB) in a small footprint (HHHL half height half length) the X8 Accelerator fits in any server. The card’s x8 PCI Express Gen-2 interface enables it to deliver maximum application performance in database and virtualization applications such as Microsoft SQL Server, Oracle Enterprise Server, MySQL, and VMware.