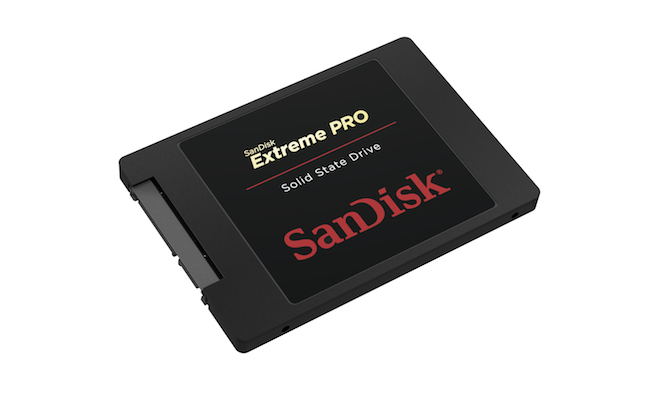 SanDisk today introduced the Extreme PRO SSD, which offers sequential read speeds of 550 megabytes/second (MB/S) and write speeds of up to 520 MB/s in capacities up to 1TB. The SanDisk Extreme PRO drive is designed for gamers, PC enthusiasts and media professionals, and will fit in any device that accepts 2.5-inch SATA storage.

With the SanDisk Extreme PRO, anyone can upgrade their PC to boot up faster, open files more quickly, and load programs, applications, and games in a fraction of the time. The SanDisk Extreme PRO is also supported by the new SanDisk SSD Dashboard application for Windows, which provides drive performance monitoring, firmware updates, manual or scheduled TRIM, secure erase, drive health, longevity, and temperature indicators, so that users can increase the operating efficiency of their SSD.