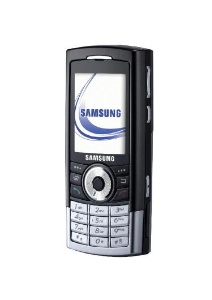 Samsung breaks the storage limit in mobile phones by introducing the world’s first mobile phone equipped with a 8GB hard disk drive (model: SGH-i310). With the large storage of 8GB, SGH-i310 will change the way people manage and use mobile phones.

The i310 works as a perfect platform for users by combining a phone, a digital camera, and an MP3 player with its immense storage capacity. It enables users to carry around 2,000 songs (4MB/song) wherever they go.

The i310 comes with the latest version of Windows Mobile 5.0 for Smartphones, which allows users to view files and easily carry their music library with them. Windows Mobile 5.0 enables users to sync playlists, songs, and videos from their personal PCs so that the experience with the i310 is identical to the user’s personal computer. It also offers a USB 2.0 and Plug & Play feature which allows the phone to be utilized as a removable hard disk. Businessmen and students can easily store and transfer files to/from their computers in any format.

Kitae Lee, President of Telecommunication Network Business of Samsung Electronics, said, “With the combination of first-class technology and premium design, Samsung has led the industry by offering various features of mobile phones. With great improvements in mobile storage, Samsung will continue to introduce a variety of useful functions for mobile.”

The i310 will be shown to the public at CeBIT from March 9th to March 16th. It will be introduced in the European market during the second half of this year.

* Specifications are subject to change without notice.