AT&T and Samsung Telecommunications America (Samsung Mobile), announced the Aug. 2 availability of the Samsung Solstice™, a compact and fun touch screen phone that provides users with an instant connection to social networking, messaging and multimedia features. The Solstice is a dream come true to all users with its easy-to-use, polished design.

The Solstice features multiple messaging options such as Mobile Email, IM and MMS and comes equipped with a 2.0 megapixel camera with camcorder, perfect for capturing those spontaneous moments. Users experience a tactile response with haptic feedback and know when they accurately press a virtual button. The full QWERTY keyboard, with sensitivity adjustment, is easy-to-use with clear letters, numbers and symbols.

Additionally, the Solstice includes an accelerometer that will automatically detect motion and the orientation of the device allowing for the use of richer applications and features, including autorotation of the display, motion sensing games and photo scrolling by tilting the device.

With specially designed widgets to customize and personalize the way you use your phone, Samsung’s TouchWiz user interface allows for quick access to your favorite features and social networking sites. By simply expanding the tray, users can “drag-and-drop” widgets onto the phone’s home screen for one touch access to their favorite features. 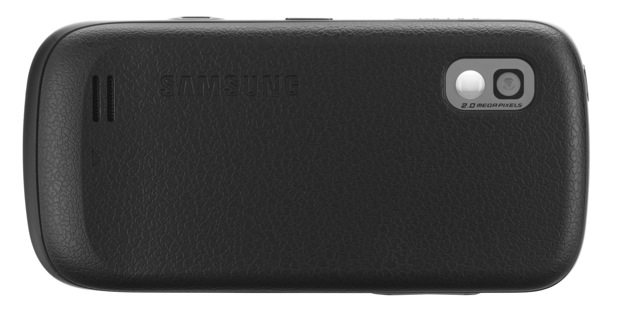 Pricing & Availability
The Samsung Solstice is available beginning Aug. 2 through AT&T retail locations or online at http://www.wireless.att.com for $99.99 with a two-year service agreement. (Pay $149.99 and after mail-in rebate receive $50 AT&T Promotion Card. Two-year agreement and messaging or data plan of $20 or more.)