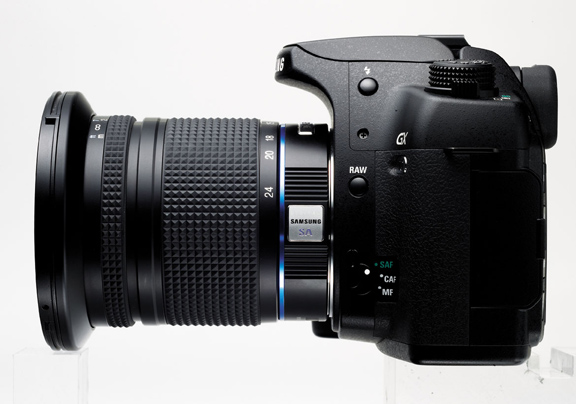 Samsung Camera today introduced the GX-10, a new 10.2 mega-pixel DSLR designed for advanced amateur and professional photographers. The third model in Samsung’s rapidly growing DSLR range, the GX-10 offers a number of new and unique features that will allow users to capture images of uncompromising quality in any environment or setting. With features including Optical Picture Stabilization (OPS), a Penta Prism viewfinder that provides a wide field of view of 95-percent and a revolutionary new dust resistant CCD sensor, the GX-10 is sure to build on the success of Samsung’s first two DSLR products, introduced earlier this year.

“Much like the NV Series represents a step-up in our point and shoot product range, the GX-10 is a step-up in our range of DSLR products,” says Stewart Henderson, National Marketing Manager at Samsung Camera. “While this camera does include a number of advanced features that will appeal to sophisticated photographers, it was also designed and priced to be both easy to use and accessible for photographers who are either first or second time DSLR buyers. The ultimate goal was to help users take full advantage of the technology in the camera to capture images of superb quality.”

Among the technologies employed to help GX-10 users get their best shots is a mechanical OPS stabilization feature that minimizes blur in situations where the camera is unstable or in low-light conditions. Because it resides in the camera body, as opposed to the lens, the OPS feature works with a wide range of lenses, including the Schneider D-XENON lenses to be sold with the body in kits and the full range of Pentax, KAF2, KAF and KA mount lenses.

Coinciding with the introduction of the GX-10, Samsung is also pleased to announce that by year’s end, five new Schneider D-XENON lenses will be available for use with its entire GX series of DSLRs. The new lenses will consist of a 10~17mm, F3.5-4.5 fish-eye zoom, a 12~24mm, F4 ultra-wide zoom, a 16~45mm, F4 wide zoom, a 35mm, F2 fixed focus and a 100mm, F2.8 macro lens. When combined with its existing 18~55mm and 50~200mm Schneider D-XENON zooms, the five new lenses will give Samsung the ability to offer photographers a full, comprehensive range of optics, allowing them to expand their creativity as well as be prepared for any shooting scenario. For added convenience the GX-10 can be used with the all Pentax KAF2, KAF and KA mount lenses.

Another of the GX-10’s unique features is its intuitive dust-free CCD imaging sensor. To ensure that dust will never pose a problem, Samsung has incorporated an advanced dust-removal system that automatically vibrates the CCD sensor when the GX-10 is powered on. In addition, the GX-10’s CCD sensor also features a special dust resistant coating, further eliminating the possibility of unwanted specs or blemishes ruining an otherwise perfect picture. As if that weren’t enough, the GX-10 boasts a specially designed body that was made to stand up to the elements. Every button, gap and other potentially vulnerable area on the camera’s body has been fortified with special seals and silicone to protect against damage from water, sand and a host of other elements.

Another attractive feature for advanced photographers is the GX-10’s superb RAW image format support. The exclusive one-touch RAW shooting button enables users to quickly capture images in RAW format, which can then be quickly be viewed on the 2.5″, 210,000 pixel LCD screen and easily converted to jpeg format right on the camera, if the shooter so desires. The GX-10’s intuitive and easy to use interface makes even the most advanced tasks such as this easy to accomplish for just about anyone. Its continuous shooting mode is capable of capturing three images per second. Depending on available memory, shooters can capture an unlimited number of jpeg images in continuous shooting mode, and up to nine images in RAW format.

The GX-10 also features an 11-point, wide-area Auto Focus system, with a choice of AF-single or AF-continuous, providing accurate auto focusing in a variety of shooting conditions. It incorporates a high-precision, three-mode metering system including, 16-segment multi-pattern metering, center-weighted metering and spot metering. With multiple scene modes, an ergonomic design and a “My Set Dial” function that allows users to store their favorite settings in the camera, the GX-10 is highly sophisticated without being intimidating.

Samsung Opto-Electronics America, Inc., Secaucus, N.J., is the U.S. subsidiary of Samsung Techwin Co., Ltd., Sungnam Kyungki-Do, Korea. Samsung Opto-Electronics markets a full line of auto focus cameras, zoom and digital cameras for the amateur as well as the professional under the Samsung brand name. CCTV monitors and lenses, motorized zoom lenses, binoculars, observation and security systems, and video presenters are other products in the family of photographic and optical equipment. 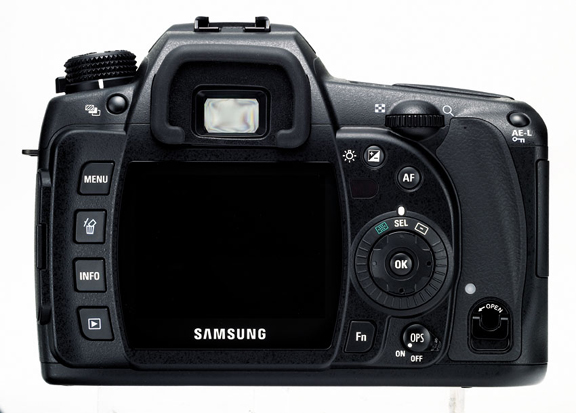 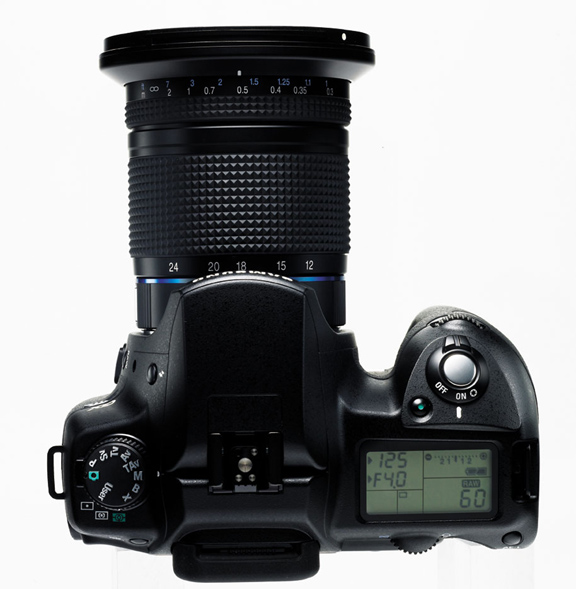