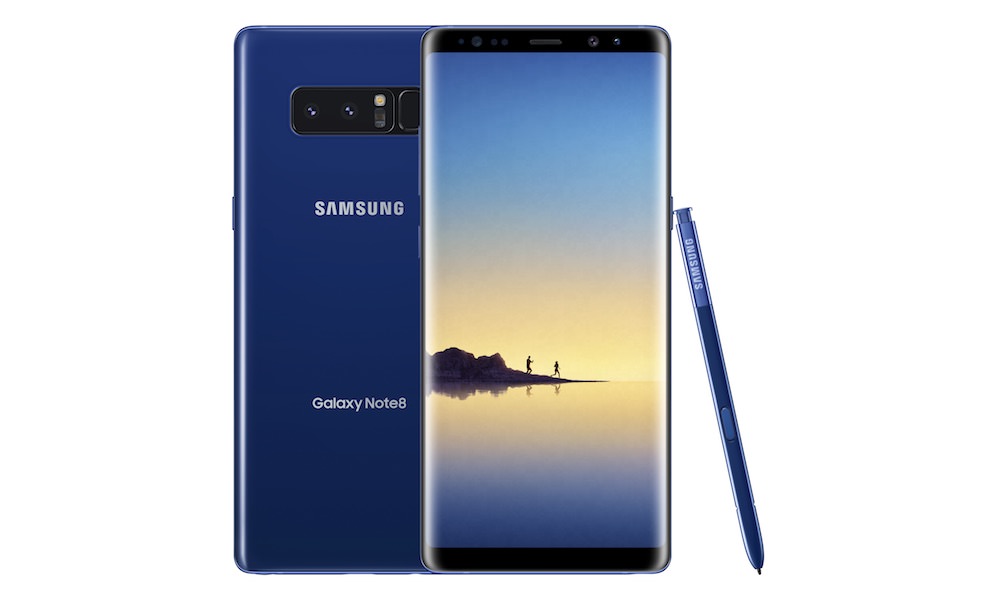 The Galaxy Note8 (model SM-N950) has the biggest screen ever on a Note device. The 6.3-inch Quad HD+ Super AMOLED Infinity Display lets you see more and scroll less. The Galaxy Note8 gives you more room to watch, read and draw—making it the ultimate multitasking smartphone. An enhanced S Pen includes a finer tip and improved pressure sensitivity, unlocking new ways to write, draw and interact with the phone and communicate with others. 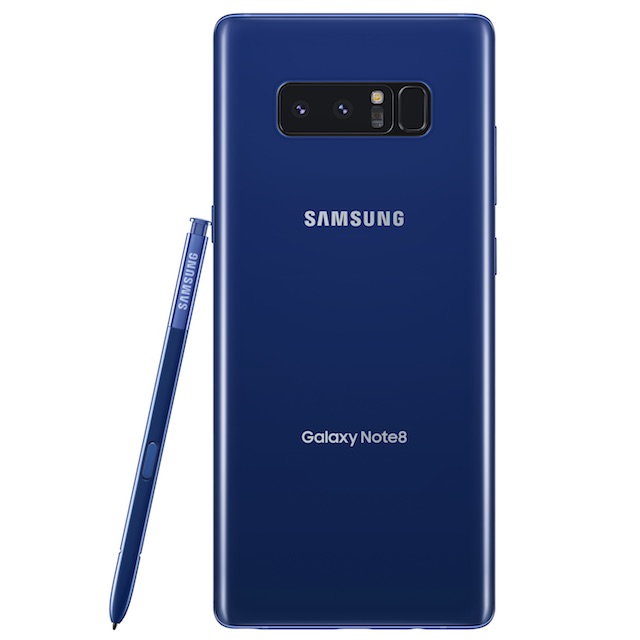 Galaxy Note8 is the first smartphone with two 12MP rear cameras with Optical Image Stabilization (OIS) on both the wide-angle and telephoto lenses. With 2x optical zoom you can capture great shots even when zoomed. Its Live Focus feature lets you control the depth of field by allowing you to adjust the bokeh effect in preview mode and even after you take the photo. It also features an 8MP Smart Auto Focus front-facing camera for sharp selfies and video chats.

Price and Availability
The Samsung Galaxy Note8 Deepsea Blue is available today (November 16, 2017) with 64GB of storage for $999 at AT&T, Sprint or Verizon Wireless in the USA.