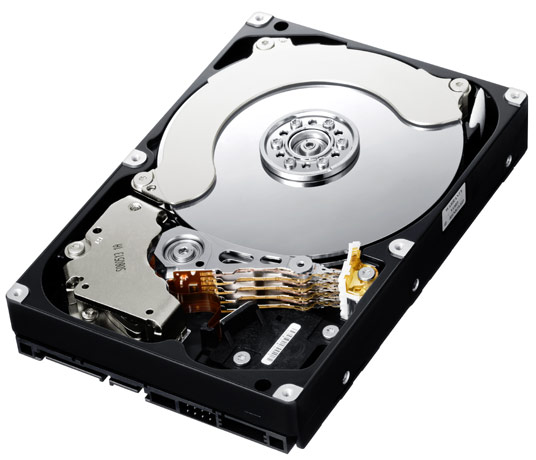 Samsung just announced the F3EG, its new high-performance environmentally-friendly HDD (hard disk drive) for the desktop market. The EcoGreen™ F3EG, a higher capacity model from its predecessor the F2EG, features 2TB capacity with 500GB per disk that is capable of storing up to 880 hours of DVD video or 500,000 or more songs in MP3 format. With increased recording density, the EcoGreen F3 drive is more power efficient by supporting a capacity up to 2TB with four disks.

“Storage-hungry multimedia professionals, gamers and home PC users continue to increase the amount of video, music, photo and other personal data they store and back-up,” said In Cheol Park, vice president, Storage Sales, Samsung Electronics. “The F3EG delivers all the benefits of a low-power drive yet features high performance and is environmentally friendly.”

Eliminating halogen compound and brominated flame retardant from the PCBA, the new model is produced with eco-friendly materials and meets all the environmental regulations including RoHS (Restriction of the Use of Certain Hazardous Substances in Electrical and Electronic Equipment) which is being applied worldwide as well as the European Union.

In addition, with its advanced design and fewer components, the F3EG drive is 40 percent lower in power consumption in idle mode and 10 percent lower in reading/writing mode than competitive drives. The drive received a zero percent failure rate in the unstable voltage environment test.

The EcoGreen™ Series has been selected as the best-in-class in the area of power consumption for two straight years by IDEMA Japan (International Disk Drive Equipment and Materials Association) in the performance comparison test of HDDs.

The F3EG incorporates a 3.0Gbps SATA interface, Native Command Queuing features and a 16MB/32MB buffer memory. The 3.5″ F3EG drive is available in 1.5TB and 2TB capacities in the United States and EU markets with a MSRP of $179.99.