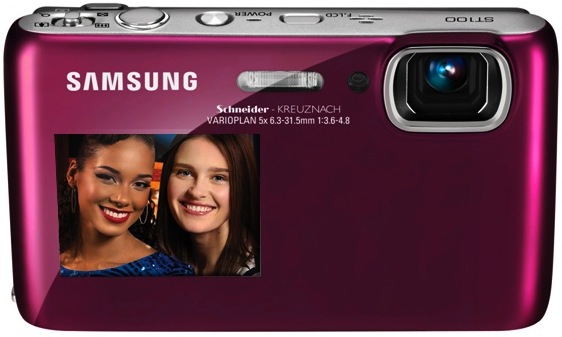 Samsung announced the 14.2 mega-pixel ST600 and ST100 DualView digital cameras, which build off of the success of the TL225 and TL220, offering consumers a stylish design, a full-range of smart and easy-to-use features, and Samsung's revolutionary dual LCD technology.

The new flagship models of the Samsung DualView camera family, the ST600 and ST100 each received an upgrade to their front LCD screens, activated by a simple tap, which now measure 1.8″ compared to the 1.5″ front LCD screens found on their DualView predecessors. With larger front LCD screens, the ST600 and ST100 make it easier for consumers to properly frame themselves in their photos and videos and be part of the action by stepping out from behind the camera and joining friends and family in front. The Samsung DualView ST600 and ST100 are also available in stylish, mood-inspired colors, including purple (ST600) and pink (ST100), and are encased in a slim and sleek compact frame with a metallic finish to deliver a new sense of fun and modern functionality that will ensure users stand out from the crowd. 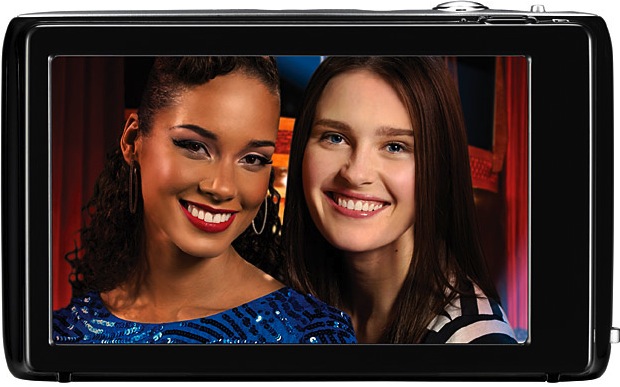 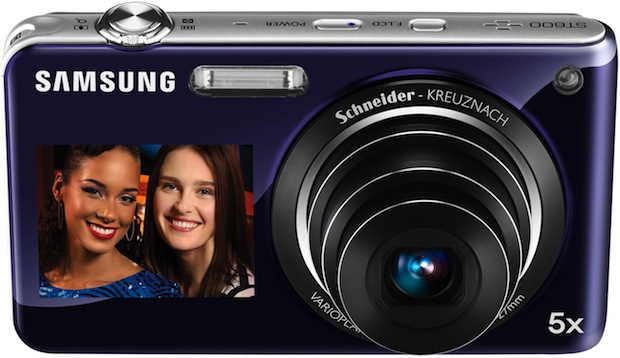 Additional features offered by the cameras' front LCD screens include a self-portrait mode, a couples mode which will automatically snap a photo when it detects two faces tilted toward each other, a children's setting which will play a cartoon animation with sound to encourage young ones to smile for the camera, and a self-timer which provides a visual countdown so that everyone posing for a photo knows exactly when to smile. The newest feature incorporated into the front LCD screen is Samsung's jump shot mode. When set to jump shot mode, the front LCD will provide a visual queue to those in front of the camera to jump in unison, and immediately trigger the ST600 or ST100 to take three consecutive images to help users capture an image that essentially freezes their subjects in mid-air.

The ST600 and ST100 also incorporate Samsung's Smart Gesture User Interface (UI) which allows for the quick access and use of key features with either a simple tilt or a hand gesture. Users can quickly scroll through photos by slightly tilting the device in either direction, swiping their finger across the screen, or by selecting the appropriate photos for a slide show. Managing images is also easy with the ST600 and ST100. 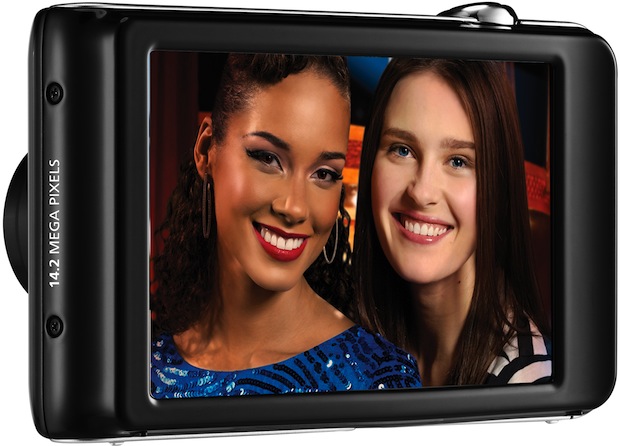 “Unlike any other feature found on digital cameras, consumers immediately recognize the value of what our dual LCD technology can do for them. There is no learning curve or technical understanding that must be achieved as it is a natural extension of what our customers are already doing. Samsung is looking to simplify that task with the new ST600 and ST100, ensuring they have the ability to take the perfect profile shot, and never have to miss that perfect picture moment with family and friends, even if they're not behind the camera.”
— SJ Park, President of Samsung Digital Imaging Division.