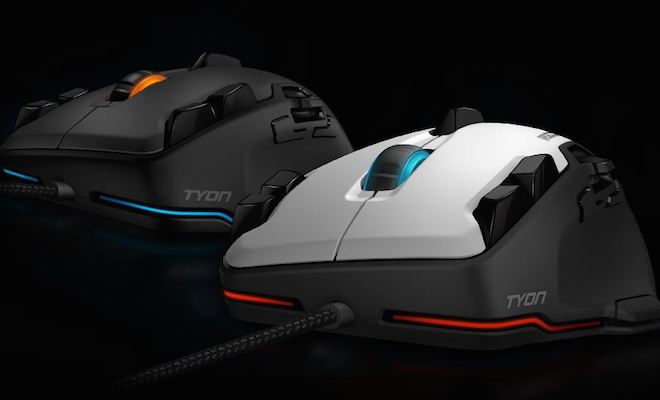 ROCCAT announced Tyon, a revolutionary gaming mouse that provides multi-dimensional game control with 16 assignable buttons and 31 distinct functions, and a near limitless levels of customization thanks to ROCCAT’s dedicated Easy-Shift[+] Button.  It answer the needs of an increasingly nonlinear gaming experience with the most extensive set of streamlined, tested and expertly designed features available in the market.

“Today’s gaming experience demands that players adapt to the many dimensions of gameplay, whether on land, at sea, in air or space,” says René Korte, ROCCAT founder and CEO.  “Our designers and developers worked in close collaboration with gaming experts to craft, test, fine-tune, and ensure that the Tyon’s abilities meet these challenges.”

The Tyon is an efficient, combat-ready weapon and an aesthetically fascinating masterpiece in one.  It provides the simplest access to the most features in a gaming mouse, reduces the need to make hand adjustments on the keyboard with the ROCCAT X-Celerator and Dorsal Fin, and is exceptionally comfortable with exhaustively tested button placement schemes. 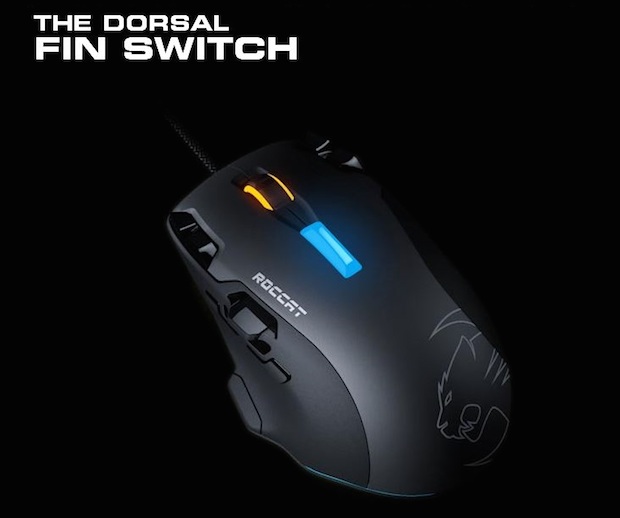 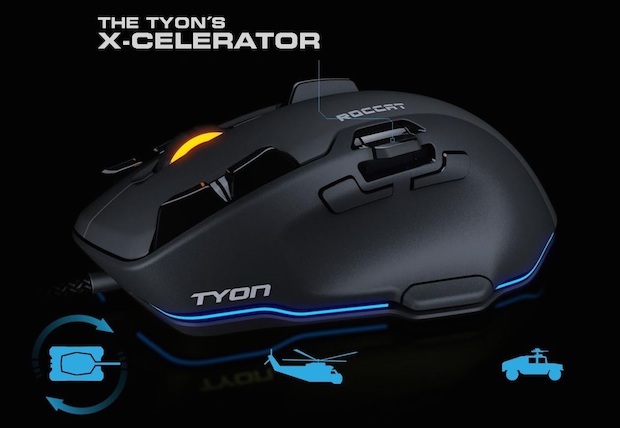 ROCCAT’s new X-Celerator and Dorsal Fin technology eliminates the frustration of being shackled to the myriad of keyboard commands by shifting major functions from the keyboard to the Tyon.  The X-Celerator is a two-way analog stick that allows gamers to throttle, sprint, rotate tank turrets, and more directly from their mice. Roccat’s Dorsal Fin is a two-click button placed behind the mouse wheel that provides comfortable mid-finger gaming action and increases mouse functionality.

“Tyon’s stricking balance of form, function and visual appeal was achieved by understanding what gamers want,” adds René.  “We listened to gamers, tested the mouse with gamers and fine-tuned the mouse for both experienced gamers who want to take their play to the next level and the amateur gamers who wants to improve.”

The Tyon is available in black or white and comes with a 576kB onboard memory to store vast amount of settings and macros, and an 8200 DPI Pro-Aim Laser Sensor for pinpoint precision, lightning quickness and fatal accuracy when needed.  It also comes with programmable dual lighting RBGY illumination for both the lower rim and wheel of the mouse.

Play3r.net7 years ago
You Are Here