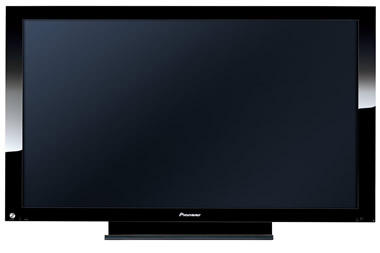 With ten years’ experience delivering flat panel televisions to the U.S. market, Pioneer continually develops display technology that creates an emotional impact for those who experience its unrivaled picture quality. That’s why the company’s new flat panel televisions, launched worldwide this week, allow viewers to see, hear and feel an emotional experience like never before. The game-changing technology creates significantly deeper black levels, which ultimately lead to richer colors, sharper details and unrivaled performance. The eight new models, ranging in size from 42-inches to 60-inches diagonal, will be available beginning next month.

Pioneer’s engineering team originally selected plasma technology because its self-emissive nature creates the deepest blacks. Since black is the starting point for all colors, the deeper and more accurate the blacks, the more vivid and lifelike the colors become. The newest Pioneer technology is led with black level reproduction that is 80 percent darker than the previous generation. This is achieved through a series of proprietary technologies harmonized to work together.

Oscar winning cinematographer Dion Beebe (“Memoirs of a Geisha,” nominated for “Chicago”) spoke recently about the importance of black and light and color in the work that he does. “Where light becomes interesting to me is not just in blacks and whites but the shades between light and dark and the subtle tones and textures within shadows,” Beebe said. “In terms of what I do as a cinematographer, it’s the ultimate tool in terms of creating a situation and imposing a look on a situation. The interplay of light, darkness and color captures everything, without a word being said.”

Pioneer’s goal in creating its newest flat panel displays was to capture the images created by artists like Beebe and ensure they are reproduced in a form as close to the original as possible. As a result of these efforts, Pioneer flat panel displays evoke emotion from viewers unlike any other television.

These new flat panel televisions developed as part of Pioneer’s Project KURO bring game-changing performance to consumers who demand only the best. With this introduction, Pioneer breaks away from the commoditization model, placing focus on its premium position in the market. The company will maintain its focus on quality, performance and design.

“In the art world, a plain white canvas represents a blank slate waiting for an artist to create. In the world of television, a black screen is a similarly blank canvas ready for content to be displayed. Pioneer engineers reached a monumental achievement by creating black levels that are 80 percent deeper than previously possible – defining the ultimate `blank canvas’ ready for high definition movies, television and sporting events,” said Russ Johnston, senior vice president of marketing and product planning for the Home Entertainment and Business Solutions Group at Pioneer Electronics (USA) Inc.