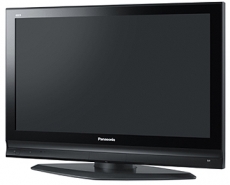 Panasonic, the leader in high definition and Plasma TV, recently announced its full line of Plasma HDTVs for 2007, including a 42-inch, a 50-inch and 58-inch 1080p high definition model, which join Panasonic’s current 65-inch and the world’s largest Plasma, the 103-inch, to provide a wide choice of Plasma televisions in the 1080p resolution arena. The full line brings ten new Plasmas to consumers for 2007, and further demonstrates Panasonic’s industry leadership and cutting edge technology in big screen Plasma entertainment.

“With our 2007 HD plasma line, we’ve maintained and continued to improve upon the same expertise that resulted in numerous best of awards last year,” said Dennis Eppel Vice President, Panasonic Display Products Company. “And we have every intention of maintaining the market share lead that we’ve held for virtually the last two years. With additional manufacturing capacity, we expect to address a planned 11.5 million-unit production schedule for 2008. Continuing our philosophy of listening to our customers we’ve expanded our line of 1080p Plasmas, and, enhanced our cosmetics – our 2007 line of plasmas feature a beautiful gloss black finish.

“At Panasonic we don’t rest on our laurels and are always looking for ways to make the HDTV transition easier for the consumer as well as providing new features that are geared towards improving the user’s entertainment experience. With that in mind, we’re very excited about our relationship with Gallery Player, one that allows those with 2007 Panasonic flat panel TVs to enjoy art masterpieces from renowned Museum collections on their screens in their homes. It’s quite simple- the art is stored on an SD card, which is inserted into the SD card slot on our HDTVs and you have masterpieces on your flat panel. And I would like to add that the Gallery Player contents are encrypted and can only be seen on Panasonic flat panels.”

Year after year, Panasonic has brought new picture-improving technologies to flat panels, and 2007 continues that trend. Today, the sports and high-definition movies that are driving the demand for high-definition viewing more than ever demand blacker blacks, faster response time (no motion artifacts) and the billions of colors that Panasonic Plasma screens deliver. In fact, not only do film viewers appreciate the vivid array of colors in Panasonic Plasmas, but filmmakers do as well.

“Perhaps because of my background as a graphic designer I’m drawn to rich and beautiful colors,” said Ridley Scott, award winning director of movies including “Alien” and “Gladiator.” He added, “As a filmmaker, deep blacks are essential and in my experience no technology captures those attributes as well as Plasma. Watching one of my recent films, ‘Kingdom of Heaven’ on a 65-inch Panasonic Plasma was breathtaking.”

In 2007 Panasonic will provide the consumer with four distinct plasma lines from which to choose. There are two specific model categories under the 1080p umbrella. The TH-58PZ700U, TH-50PZ700U and the TH-42PZ700 – combined with the hold-over current 65-inch and 103-inch Plasmas, offer an incredible resolution of 1920 x 1080p.

Completing its deep line of 1080p resolution televisions, Panasonic will later this year introduce two models in the premium PZ750U series, the TH-50PZ750U and theTH-58PZ750U. The 750 series is distinguished by the inclusion of a Studio Reference Mode, which provides the consumer with the exact color reproduction as seen on the reference monitors used in film editing studios, resulting in the exact colors and expression intended by the film makers. In addition, the Pro Setting Mode allows the consumer to professionally calibrate the set, plus there are three HDMI connections and a unique black chrome ornament cosmetic.

The full line, both 720p and 1080p, offers an improved EZ-Sync™ remote to link Panasonic consumer home entertainment and video products to allow seamless control of the entire system by using only one remote. Finally all new models for 2007 have a SD Memory Card slot with Photo Viewer that transforms consumer model Panasonic Plasma TVs into digital photo galleries. By utilizing high definition images available from GalleryPlayer that are embedded on the SD cards, the consumer has access to thousands of images ranging from art masterpieces to dazzling photographs. GalleryPlayer’s content partners include National Geographic, MoMA, The Metropolitan Museum of Art, The New York Times and Time-Life.

To emphasize its commitment to excellence in both technology and customer service, Panasonic recently introduced its unique Plasma Concierge program. The program is designed to ease pre- and post-purchase anxieties for consumers, and fully complement the performance and entertainment experience of their high-tech investment. “Panasonic is intensely focused on its commitment to excellence in customer service,” said Eppel. “The Panasonic Plasma Concierge program further distinguishes and differentiates Panasonic from its competitors by providing what we call ‘peace-of-mind’ services that, as we have learned through research, consumers are asking for and will appreciate. We feel our customers are entitled to this unique and special treatment.”

The Klipsch RP-600M offer an outstanding level of performance for only $699 and can work with a wide range of solid state and tube...