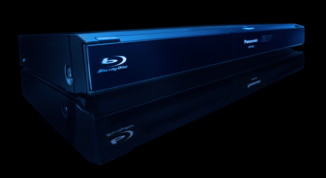 Panasonic announced its next generation Blu-ray Disc player, the DMP-BD30, is now shipping and is available prior to Black Friday in channel partner stores in many regions of the country. The BD30 is the first Blu-ray player to incorporate Final Standard Profile 1.1 — a supplementary interactive function added to the Blu-ray Disc standard which opens the door to a variety of new and unique functions such as Picture-in-Picture and audio mixing.

“With the growing consumer awareness of High Definition and the approaching 2009 digital transition, we are projecting a marked increase in interest in High Definition TV this holiday season, said Gene Kelsey, Vice President of Panasonic’s Entertainment Group. “In order to fully appreciate the High Definition entertainment experience, the consumer needs a 1080p playback device to show HD content. Blu-ray Disc players are the perfect complement to an HDTV.”

“With supplementary Consumer Awareness campaigns ranging from the “I do Blu” television and print campaigns to activities such as the Disney Blu-ray Mall Tour, co-sponsored by Panasonic, consumers are buying more Blu-ray software than ever before,” said Kelsey. “Further driving the success of Blu-ray are the blockbuster Blu-ray Disc movies that are either now in release or will shortly be available for the Holidays. The availability of Blu-ray titles such as Fantastic 4 — Rise of the Silver Surfer, Spider-Man 3, Ratatouille, Live Free or Die Hard, Pirates of the Caribbean – At World’s End, the Harry Potter series, and 3:10 to Yuma will certainly drive consumer excitement in Blu-ray.”

With an SRP of $499.95, the DMP-BD30 also features a slimmer profile while offering a myriad of technological advances, including Deep Color Compatibility, and HDMI 1.3B, that enhances step gradation from 8-bit 256 all the way up to 12-bit, 4,096 step gradation. To further enhance the viewing experience, the DMP-BD30 also provides 1080/24p playback, so the consumer can enjoy the same 24-fps (frames per second) reproduction as the original movie. This eliminates the need to utilize 3.2 pull down, a process which converts 24-fps images to 60-fps, resulting in a smoother picture.

Like its predecessor, the DMP-DB30 features the EZ-Sync HDAVI Control that allows the consumer to operate their Panasonic home theater system with one remote. With one touch of the EZ-Sync button, all the components turn on, the correct TV input is chosen, the TV’s built-in speakers are muted and the home theater starts playback.

About Panasonic Consumer Electronics Company
Based in Secaucus, N.J., Panasonic Consumer Electronics Company (PCEC), a market and technology leader in High Definition television, is a Division of Panasonic Corporation of North America, the principal North American subsidiary of Matsushita Electric Industrial Co. Ltd. (NYSE: MC) and the hub of Panasonic’s U.S. marketing, sales, service and R&D operations. Panasonic’s exclusive Panasonic Plasma Concierge customer support program (888-972-6276) is administered through its Virginia-based Call Center, recognized as a Certified “Center of Excellence” by the Center for Customer-Driven Quality at Purdue University. Information about Panasonic products is available at www.panasonic.com.

Big Picture Big Sound13 years ago
You Are Here