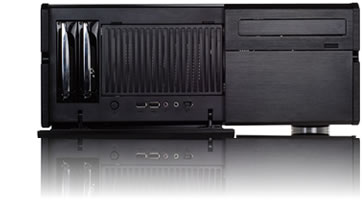 “Since the first BX300 was released in 2006, our customers have come to expect and hunger for a system that can provide the greatest performance when they are playing the latest Blu-ray movie. They do not want to be limited while recording and streaming HD multimedia content to multiple zones.” says Christopher Curry VP of Sales and Marketing.

The 2010 OMS-BX300 is built utilizing Intel Core i7 technology enclosed in an all new brushed aluminum chassis design. This new design allows for hot swappable two 2TB hard disks that can be mirrored for extra storage protection. The machine can also playback of 1080i/p HD content from its dual Blu-ray drives or HD content from its dual HD tuners.

The OMS-BX300 is now shipping and has the following standard specifications:

Also Okoro Media System will be giving away one Special Edition “Cherry Red” Digital Entertainment System to one lucky individual. 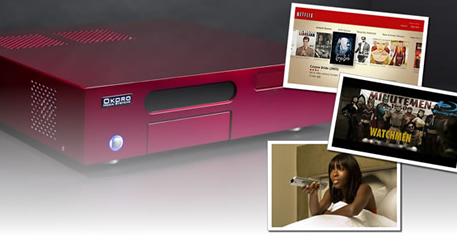 Here are the specs for the system: