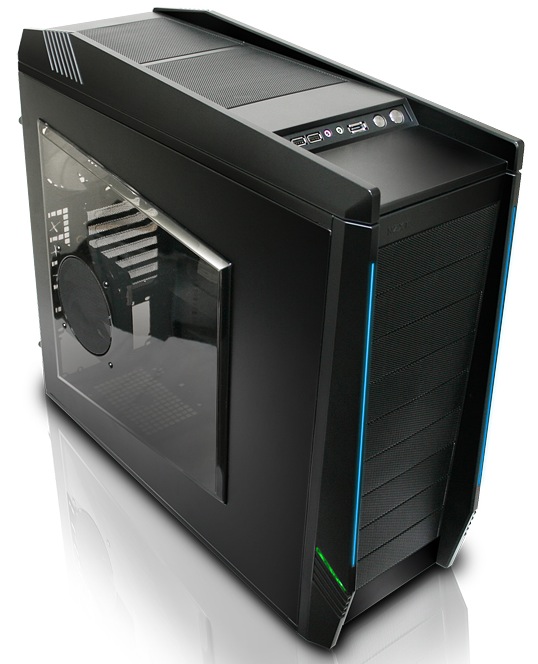 The Tempest EVO puts a premium on expandability with E-ATX support allowing for compatibility with higher end graphics cards, power supplies and server boards while the server-like HDD space holds up to 8 HDDs ensuring that enthusiasts can make significant upgrades to their system without having to replace the chassis. Installation and upgrades are a breeze with pre-drilled cable routing on the motherboard allowing for a cleaner look and improved airflow. The case also features added space behind the motherboard panel from a punched side panel design that allows for easy heatsink removal. Tempest EVO is well equipped for overclocking and watercooling enthusiasts with predrilled watercooling tube access and support for a dual 120mm radiator at the top panel.

“The original Tempest is one of our most successful designs due to its optimal airflow capabilities” said Johnny Hou, Chief Designer at NZXT. “With the additional improvements the Tempest EVO brings to the equation, it’s destined to be a top performer in its class.”

About NZXT
NZXT is a global brand established in 2004 as a PC hardware company built on the dreams of gamers. Their unique lineup of award-winning gaming hardware is completely inspired by gaming culture with product designs driven by the worldwide community of PC Enthusiasts and gamers. Combining unique design and unparalleled performance, gamers can find quality hardware representing their own style and personality in NZXT.

HardwareHeaven11 years ago
You Are Here