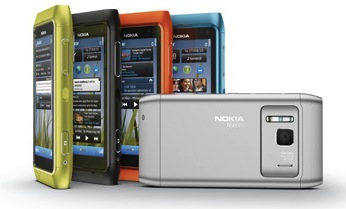 The Nokia N8, Nokia’s latest smartphone, intuitively connects to the people, places and services that matter most. With the Nokia N8, people can create compelling content, connect to their favorite social networks and enjoy on-demand Web TV programs and Ovi Store apps. Available in select markets during the third quarter of 2010, the estimated retail price of the Nokia N8 is EUR 370, before applicable taxes or subsidies.

The Nokia N8 introduces a 12 megapixel camera with Carl Zeiss optics, Xenon flash and a large sensor that rivals those found in compact digital cameras. Additionally, the Nokia N8 offers the ability to make HD-quality videos and edit them with an intuitive built-in editing suite. Doubling as a portable entertainment center, people can enjoy HD-quality video with Dolby Digital Plus surround sound by plugging into their home theatre system. The Nokia N8 enables access to Web TV services that deliver programs, news and entertainment from channels like CNN, E! Entertainment, Paramount and National Geographic. Additional local Web TV content is also available from the Ovi Store. 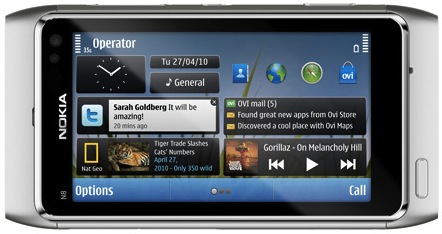 Social networking is second nature to the Nokia N8. People can update their status, share location and photos, and view live feeds from Facebook and Twitter in a single app directly on the home screen. Calendar events from social networks can also be transferred to the device calendar.

The Nokia N8 comes with free global Ovi Maps walk and drive navigation, guiding people to places and points of interest in more than 70 countries worldwide. 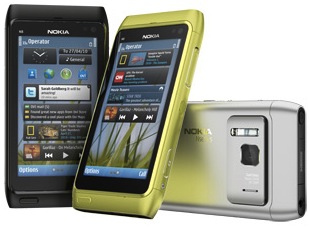 Powering the Nokia N8 is Symbian ^3, the latest edition of the world’s most used smartphone software, which introduces several major advances, including support for gestures such as multi touch, flick scrolling and pinch-zoom. The Nokia N8 also offers multiple, personalizable homescreens which can be loaded with apps and widgets. The new 2D and 3D graphics architecture in the platform takes full advantage of the Nokia N8’s hardware acceleration to deliver a faster and more responsive user interface. Symbian^3 also raises the bar in performance by delivering greater memory management allowing more applications to run in parallel for a faster multi-tasking experience.

Getting Qt for Developers
The Nokia N8 is Nokia’s first device to be integrated with Qt, a software development environment that simplifies the development and makes it possible to build applications once and deploy across Symbian and other software platforms. Nokia has also made the powerful and simple to use Nokia Qt SDK available, in its initial beta, to enable developers to start realizing the potential of Qt.