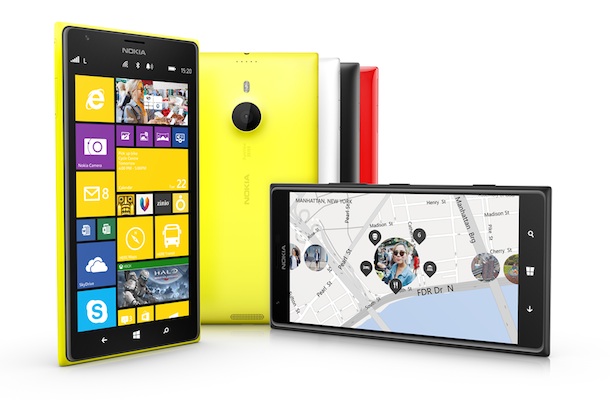 Powered by the latest version of Windows Phone 8, the Lumia 1520 comes with Live Tiles, which let you pin your favorite people, apps and more to your Start Screen. Its jumbo-sized screen offers room for three large or six small Live Tiles across, so you have even more space to customize your Start Screen. It also means a bigger canvas for taking, editing, and showing off your pictures and videos.

The phone comes with a 20MP PureView camera that leverages many of the innovations found in the Lumia 1020 — including optical image stabilization, oversampling technology to capture more details, and great zooming ability. Four built-in microphones provide directional stereo recording capability and clear, distortion-free sound for your HD videos. The Lumia 1520 also comes with the new Nokia Camera and Nokia Storyteller photo apps.