The National Football League announced today an agreement to extend DIRECTV’s rights to carry NFL SUNDAY TICKET™. DIRECTV will continue to have exclusive television rights to air the package of Sunday afternoon games through the 2014 NFL season.

In addition, the NFL will offer fans (also no later than 2012) a new “Red Zone Channel” that shows crucial live action cut-ins of all Sunday afternoon games starting at 1 p.m. ET and continuing through the conclusion of the 4 p.m. ET games. The “Red Zone Channel” will be available to cable, telco and satellite systems, wireless devices, and the Internet.

“We are pleased to extend a partnership with DIRECTV that has complemented and supported our broadcast television packages for 15 years,” said NFL Commissioner Roger Goodell. “We are looking forward to having the Red Zone channel on cable and other media platforms as well as showing NFL Sunday Ticket via broadband to the homes that cannot get satellite. This new content enhances our tradition of being the most pro-consumer, widely available sport on television.”

“The NFL SUNDAY TICKET™ service has been a part of DIRECTV since our first year of operation and is one of the defining characteristics of our best-in-class positioning,” said Chase Carey, president and CEO of DIRECTV Group. “This latest extension allows us to retain and broaden our most popular sports subscription service. Through our wireless offering to NFL SUNDAY TICKET™ customers and the new broadband service to non-customers, we’re now able to expand the reach to even more NFL fans everywhere.”

Among the new features for fans are:

DIRECTV also has extended its carriage agreement with NFL Network which airs seven days a week, 24 hours a day on a year-round basis and is the only network fully dedicated to the NFL and the sport of football. NFL Network will continue to be offered in DIRECTV’s CHOICE package.

About DIRECTV
DIRECTV, Inc. (NASDAQ:DTV), the nation’s leading satellite television service provider, presents the finest television experience available to more than 17.6 million customers in the United States and is leading the HD revolution with more than 130 HD channels. Each day, DIRECTV subscribers enjoy access to over 265 channels of 100% digital picture and sound, exclusive programming, industry-leading customer satisfaction (which has surpassed national cable companies for eight years running) and superior technologies that include advanced DVR and HD-DVR services and the most state-of-the-art interactive sports packages available anywhere. For the most up-to-date information on DIRECTV, please visit www.directv.com.

Game Rant3 months ago
You Are Here

During renewal negotiations CBS Corporation chose to black out DISH customers’ access to 28 local channels in 18 markets across 26 states. CBS is...

DISH just announced a new way to package and purchase satellite TV programming. The Flex Pack skinny bundle debuts at $39.99 per month with... 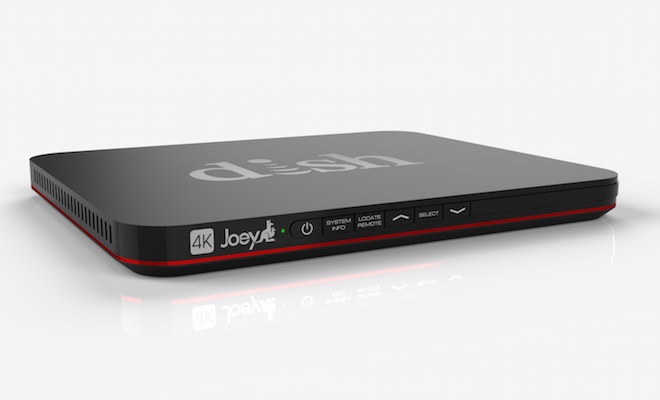