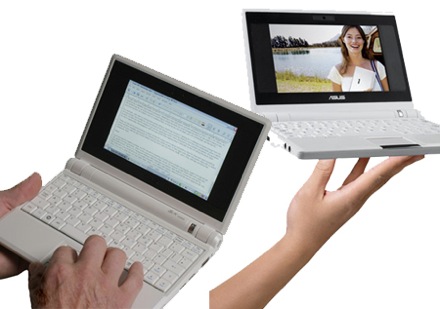 Despite what is looking to be a rather dismal year for the PC industry as a whole, mini-note PCs, or netbooks, are forecast to grow at more than 65% Y/Y in 2009, while the “traditional” notebook PC market is forecast to grow at just 3% in 2009, according to the DisplaySearch Q1’09 Quarterly Notebook PC Shipment and Forecast Report.

With the economic crisis on everyone’s minds, many buyers are adjusting their discretionary spending and purchasing mini-notes as lower-priced alternatives to notebook PCs. Some of the growth in the mini-note PC market is a function of cannibalization of entry-level notebook PCs, but the factors which helped propel the mini-note market initially–low ASPs and basic functionality–remain the key forces propelling growth. DisplaySearch expects consumers will return to typical buying habits after the economy crisis is over, preferring more full-featured and higher-priced notebook PCs.

DisplaySearch’s findings also examine how factors such as falling panel prices have enabled the shift in mini-note display sizes first from 7″ to 8.9″, and now from 8.9″ to 10″, while maintaining comparable street prices for the system.

In the longer term, mini-notes will continue to be a force of change in the market, but DisplaySearch does not expect them to replace notebook PCs. As Intel’s Director of Netbook Marketing, Anil Nanduri, discussed at DisplaySearch’s recent USFPD Conference, netbooks are designed and suitable for a minimal amount of web usage, perhaps not much more than 30 minutes.

In the Quarterly Notebook PC Shipment and Forecast Report, DisplaySearch identifies key geographies that are critical to the long term growth and health of the mini-note and notebook PC markets, as well as which PC brands have had success penetrating these regions. Further, mini-note and notebook PC penetration trends in each major region are examined and analyzed, identifying which display sizes and resolutions have been, and are forecast to be dominant.

“With the lone exception of Apple, all of the top 15 PC brands have entered the mini-note market, initially as a response to competitive threats posed by Acer and Asus, but also to satisfy demand for low-priced, entry-level PCs,” said John F. Jacobs, Director of Notebook Market Research and author of the report. “The mini-note market is effectively segmented into two main categories: low-cost PCs for emerging and education markets, and consumers and professionals seeking light-weight, ultra-mobile products that offer a modicum of PC-like functionality in a thin and light form factor. Telecom providers in almost every geographic region are providing subsidized mini-notes, lowering the street price by bundling it with a data plan. In emerging economies, internet service providers have revived micro-finance models to also facilitate adoption of mini-notes, while 39 OEMs in 29 countries have partnered with Intel, via their Classmate program, to ship approximately one million units in 2008 and are expected to ship two million units in 2009,” noted Jacobs.

Consumer acceptance, questions regarding cannibalization of the mature notebook PC market, the long term prospects for the mini-note PC category, and a full industry outlook for the space are covered in this issue, along with these highlights: