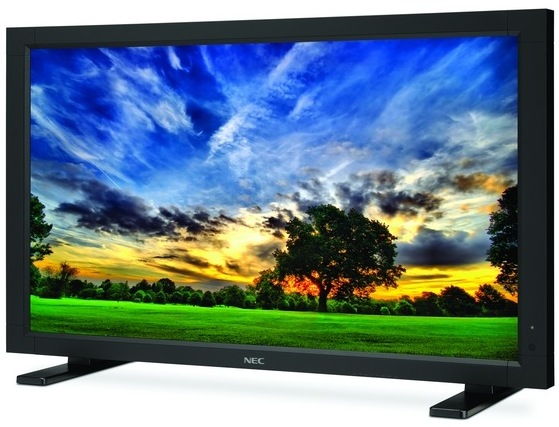 NEC announced the addition of the 52-inch S521 to its S Series, which includes the 40-inch S401 and 46-inch S461 LCD displays. This full high-definition display is designed for environments with extended operation times, such as airports, retail and other public areas, as well as applications including corporate boardrooms, meeting rooms and video conferencing systems.

The S521’s ambient light sensor provides optimum brightness based on existing light conditions, while its Enhanced Digital Signage Technology Suite boasts more than 30 built-in features to benefit a variety of applications. This model aligns with its S Series siblings in maintaining a low level of power consumption and offering a number of digital connection options, along with the standard analog connections, to satisfy the myriad of large-format display applications in which it can be installed. Users can take advantage of remote monitoring and flexible control by utilizing Ethernet, IR, RS-232 in/out and DDC/CI.

“The immense capabilities provided in the S521 give businesses the opportunity to increase their visibility with customers and communicate more effectively, all the while maintaining efficient use of energy,” said Luke Bruschuk, Product Manager for NEC Display Solutions. “Its advanced cooling design elongates the product’s lifetime and minimizes the likelihood of image retention and inconsistent color display, which are crucial for those extended operation applications. The S521’s full, high-definition 52-inch screen creates brilliant images, and its value grows significantly when additional methods of displaying content are readily available through the future-proofing expansion slot.”

Below is a partial list of features included in the S521:

The S521 and S521-AVT will be available for May 2010 shipment at an estimated street price of $2,699 and $2,849, respectively. The display ships with a 3-year parts and labor warranty, including the backlight, with extended warranties of 4- and 5-years available for purchase.