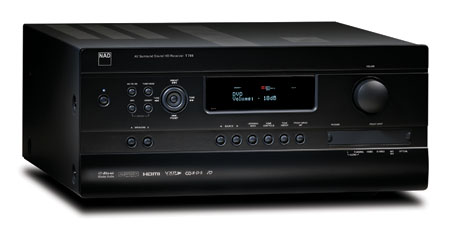 In addition, the T 785 HD and T 175 HD each support all standard and high-definition forms up to 2048 x 2048 pixels; motion adaptive de-interlacing with edge interpolation, which eliminates the jagged edge effects common in lesser image/scaling processors; film mode detection with output cadence generation, which gives video the smoothness of film; and programmable scaling with aspect ratio conversion, which perfectly matches a video source with a video display. They have advanced noise reduction and detail enhancement, and frame conversion to and from any refresh rate in NTSC and PAL.

They can be seen with other outstanding NAD products in Suite 31-110 at the Venetian Hotel, during CES.

Are the $399 Wharfedale Diamond 12.1 loudspeakers the best option for your desktop audio system? The answer might surprise you.

People still buy and listen to CDs in 2021 and here are the 8 best CD players worth considering right now.