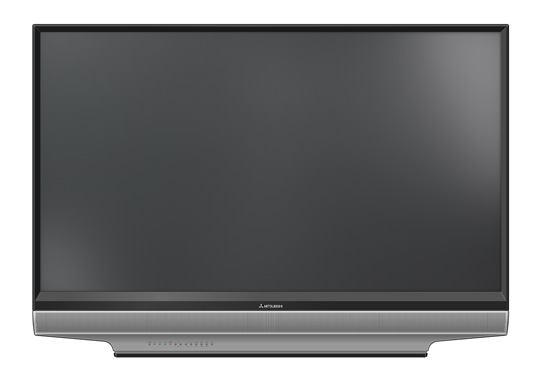 The WD-52531 ($2199) and WD-62531 ($2999) models, which are now available at selected retailers, feature new and improved light engines with 132-watt lamps (producing 20 percent more light than last year’s models). Mitsubishi’s exclusive LCD light engine features SmartShutter to improve contrast ratio by four times for blacker blacks and more shades of dark gray. Large aperture optics improve the efficiency of the Mitsubishi LCD light engine by assuring that more of the available light reaches the screen for a smoother and brighter picture. This new television design also allows for a wider vertical viewing angle so that a bright and detailed picture can be viewed from a multi-level loft or while playing a video game when seated on the floor.

Mitsubishi’s 531 series gives a cleaner, clearer picture from nearly any source with its 3D Video Noise Reduction. The 3D Video Noise Reduction system analyzes multiple frames to identify and remove video noise or snow caused by distortions in the video signal. This effectively keeps detail in the foreground and eliminates background noise, even in fast moving scenes. Each Mitsubishi 531 series television also includes three video modes (Brilliant, Bright, and Natural) for optimum viewing in different lighting environments, from bright florescent light to sunlight to low light. Each mode has two color temperature settings, high and low, and is accessible via remote control.

The WD-52531 and WD-62531 both include two HDMI inputs and two component inputs for greater connectivity of the latest in HD sources, including HD satellite and cable set-top boxes, HD game and media center PC systems, and the upcoming Blu-ray Disc and HD DVD sources. Both of these Mitsubishi LCD HDTVs include ClearThought Easy Connect technology, which makes set-up a breeze by recognizing when a component is connected.