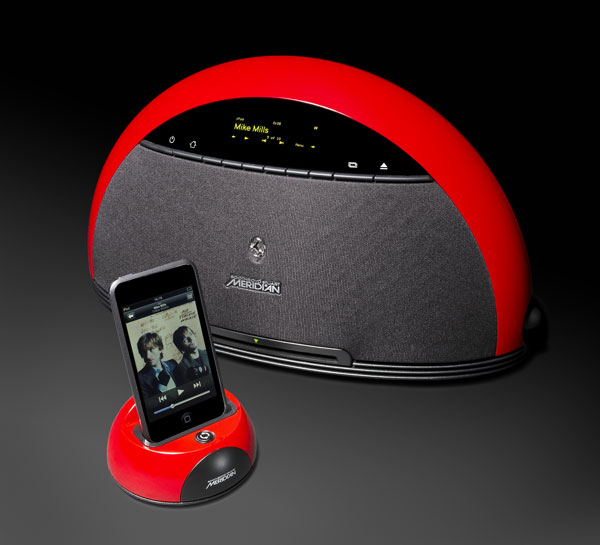 With the F80 music system Meridian, one of the consumer electronics industry’s most highly regarded luxury manufacturers, engineered what is widely acknowledged the very ultimate in compact entertainment systems. So any new design released to work with the F80 must naturally be equally impressive.

With this in mind, Meridian has unveiled the new i80 with Universal Dock for iPod. Engineered and built at the company’s UK headquarters, the new design elevates your humble iPod or iPhone to new musical heights, offering breathtaking audio quality.

While the iPod is central to so many people’s lives and has many outstanding attributes, as Meridian technical director Bob Stuart says, “It is not really capable of offering the same sense of ‘experience’ that a high quality audio system can. With the i80 dock we are marrying together the convenience that the iPod offers with our expertise in sound quality and engineering.”

The i80 offers the very finest solution for listening to, and sharing your, digital music collection, whatever iPod you may own. The i80 connects to the F80 simply and neatly, allowing you immediate and complete control of the music library stored on the iPod through the F80 remote control or its front panel buttons. And the track information is relayed via the F80’s exceptionally clear OLED display so you can easily see the playlist or song is playing. The i80 also charges your iPod so you get continuous play with no need for extra power cables. Furthermore, when you connect an i80 dock to the F80 system, intelligent conversion technology actively processes compressed music formats on your iPod or iPhone and reveals more of the original recording, helping your music sound its best.

About Meridian Audio Limited
Meridian is based in Huntingdon, near Cambridge, UK, and was founded in 1977 by Allen Boothroyd and Bob Stuart. With a 30-year history of innovation and development of the highest quality consumer audio systems, the award-winning company is widely recognized as a world leader in digital and analogue audio reproduction. Meridian developed the world’s first audiophile CD player, the world’s first consumer digital surround controller, developed the MLP lossless packing system mandated for use in DVD-Audio, HD DVD and Blu-ray Disc, and is the only UK audio hardware manufacturer to be a member of the DVD Forum.

Meridian Systems are available at selected purveyors of luxury hi-fi equipment across the UK as well as from over 56 other countries including USA, Russia, India, China, Middle East and Japan.