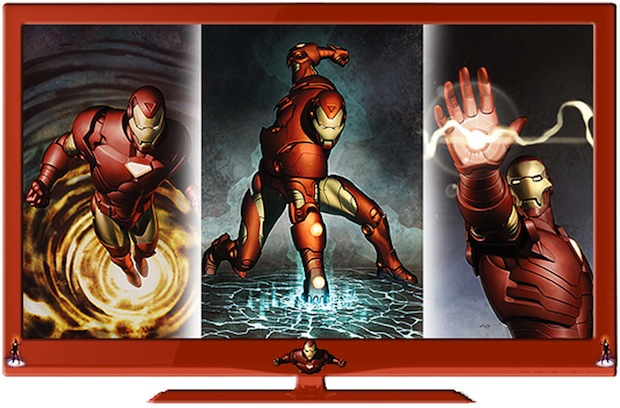 RTC23 Inc. has just created the “Ultimate Comic Fan’s Television.” Roundtable Concepts Inc. is launching RTC23, their officially licensed Marvel Comic LCD and LED HDTVs. The cast of characters consists of Iron Man, Captain America, The Hulk, Wolverine, Thor and others. Your favorite Marvel Super Hero is embellished on the bottom two corners of the frame and is offered in 22″, 32″, 42″ and 55″ HD LCD screen sizes as well as 40″ and 46″ LED HDTVs. Now here’s the cool part, not only do the characters appear on the casing but when you power on the TV, the name and the character appear on the screen for approximately 8 seconds. This makes it the “Ultimate Comic Fan’s TV” which RTC23 titles it’s i23s system technology that simply makes TVs more fun. Order online at www.RTC23.com or call 321-363-3794 for more info.

FOR A LIMITED TIME, BUY ONE IRON MAN HDTV AND GET A SECOND ONE OF THE SAME SIZE FREE!