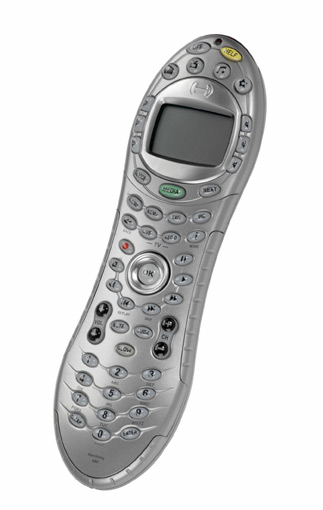 FREMONT, Calif. — Oct. 12, 2004 — Logitech (SWX: LOGN) (NASDAQ: LOGI) today unveiled the first Harmony remote specifically designed to control a PC running on Microsoft Windows XP Media Center Edition (Media Center PC) — and any devices that may be connected to it, such as a television, a home theater stereo receiver, or a DVD player. The Logitech Harmony 680 advanced universal remote control helps deliver the promise of the Media Center PC experience by allowing it to work seamlessly with all the other devices in the entertainment system, making it easy for people to navigate and enjoy television, music and movies, in their living room.

According to research firm IDC based in Framingham, Mass., the worldwide shipments of media PCs should grow from nearly 1.5 million in 2004 to over 19 million on 2008.

“While a growing number of people are using Media Center PCs in their living rooms, the lack of a single point of control has made it difficult for the Media Center PC to fully complement the rest of the entertainment center,” said Bryan McLeod, vice president of Logitech’s Remote Control Division. “Until now, people have been able to control their Media Center PC, but they haven’t been able to control any other component attached to it such as, a stereo receiver, CD player or TV. The Harmony 680 remote integrates the new with the old, bringing together the Windows XP Media Center platform with the devices that are connected to it.”

Simple Setup, Internet Powered
All Logitech Harmony remotes are programmable by way of a shared customer online database that includes profiles of tens of thousands of electronic components. During setup, customers simply answer a series of questions about the make and model of components in their entertainment system. The remote is then programmed by downloading all instructions for that unique mix of components, via a USB connection.

This online community of Harmony users constantly updates the database, ensuring that even the latest and greatest components will be included in short order. To make installation easy, a series of questions are asked, in natural language format, about how the system is used. And because there are intricacies with everyone’s system, Logitech maintains a toll-free tech support line, available seven days a week, and a quick response e-mail support system.

Activity Based
Harmony remotes are designed to reflect the way people think, with buttons that represent single activities. With an LCD screen tied to six programmable buttons, it’s possible to set up many different activities on the Harmony 680. With one touch, these buttons can establish the proper state of all components involved in that activity. Thus, there is no longer a requirement to push an elaborate sequence of buttons on multiple remotes. Instead, it is easy for anyone in the family — even the babysitter — to use the entertainment system, not just the person who initially set up the system.

Thus, Smart State Technology enables the Harmony Remote to quickly and easily launch the media PC, TV, DVD and receiver, set the inputs, and even start a DVD movie — all with one touch of a button.

Easily Update
Typical universal remotes are restricted in what they can control, based on the information stored at the time they were manufactured. If a new component is added to an entertainment system, the universal remote may not be able to control it. Because Logitech Harmony remotes are Internet-powered, they can be easily updated — and are never out of date. Information about each individual customer’s remote control is maintained in an online database page — when people want to add a component to their system or change the configuration of the remote, they simply log onto the Logitech member site and make the change.

Pricing and Availability
The Logitech Harmony 680 will be available in the U.S. and Canada beginning in October for a suggested retail price of U.S. $199.95. More information about Logitech Harmony remote controls is available at www.logitech.com/harmony.

About Logitech
Founded in 1981, Logitech designs, manufactures and markets personal peripherals that enable people to effectively work, play, and communicate in the digital world. Logitech International is a Swiss public company traded on the Swiss Stock Exchange (LOGN) and in the U.S. on the Nasdaq National Market System (LOGI). The company has manufacturing facilities in Asia and offices in major cities in North America, Europe and Asia Pacific.