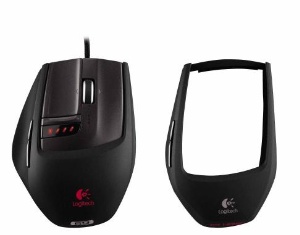 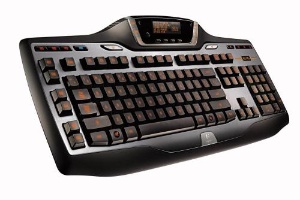 Logitech (NASDAQ:LOGI) (SWX:LOGN) today introduced the newest addition to its award-winning line of G-series peripherals for PC gaming. The Logitech G9 Laser Mouse takes customization to the extreme, giving PC gamers the ability to modify nearly every part of the G9 mouse for the best personal fit, feel and performance.

For even greater gameplay domination, Logitech also unveiled an upgrade to the popular Logitech G15 Gaming Keyboard – now with native support from the most popular games for its exclusive GamePanel™ LCD screen, a backlighted 160 by 43 pixel screen that gives gamers critical information to help them win.

“Like professional athletes, PC gamers need equipment tailored to their body and their individual playing style,” said Rory Dooley, Logitech senior vice president and general manager of the Control Devices business unit. “Gamers tell us over and over that they love to tweak their gear to achieve optimum performance. Nearly every dimension of the G9 Laser Mouse is customizable, allowing gamers to set up their mice exactly the way they want. Whether playing a first-person shooter game or a multi-player fantasy game, the G9 mouse, along with the newly refreshed Logitech G15 Gaming Keyboard, gives PC gamers a winning combination.”

Combining Maximum Customization, Performance
To help gamers get the best fit, the Logitech G9 mouse features a wealth of customizable features, including two interchangeable grips: Wide-Load grip and Precision grip. Designed to deliver comfort even during the longest gaming sessions, the Wide-Load grip provides a fuller shape and soft-touch, satin feel, while the Precision grip’s DryGrip™ technology and compact shape offer fingertip control and a surer handle for any hand. Logitech expects to offer additional grips at a later date.

For an even more comfortable feel, the G9 mouse allows for customized weight tuning and weight distribution. The innovative weight-tuning system enables gamers to choose from among hundreds of weight settings by inserting up to four additional weights in the mouse’s weight tray, adding up to a maximum of 28 grams. In total, gamers can choose from eight additional weights. The spring-loaded weight cartridge fits snugly in the bottom of the G9 mouse and can be easily opened, retuned and secured in moments.

Using the new Logitech SetPoint™ software Version 5.0, gamers can create a number of profiles for their mouse. And with the mouse’s onboard memory, gamers can take their personalized settings anywhere – it’s no longer necessary to install SetPoint software on the gaming rig every time a gamer changes computers. Instead, up to five profiles – including specified keyboard macros, dpi settings and LED color settings – can be stored on the mouse for on-the-go gaming. The G9 mouse can automatically identify the saved gaming profile, or gamers can manually control the profile settings using a button located on the bottom of the mouse. Gamers can also choose from a broad range of LED colors that can be linked to each onboard profile, enabling them to coordinate the look of their mouse with their PC setup. When in use, the LED lights up to show mouse dpi and profile settings.

Unlike other gaming mice that offer a range of 400 dpi to 2000 dpi, the G9 mouse can be shifted on the fly to up to 3200 dpi for faster, more precise cursor movements, or down to as low as 200 dpi for games that require pixel-precise control. A full-speed USB connection delivers up to 1,000 reports per second for smooth tracking without cursor lag.

Finally, the G9 laser mouse features the MicroGear Precision Scroll Wheel, which Logitech introduced last year in the Logitech MX™ Revolution cordless laser mouse. Using a toggle mechanism on the bottom of the mouse, gamers can choose between precise click-to-click scrolling that is perfect for weapon selection, or nearly frictionless hyper-fast scrolling.

For even more customizability, gamers can use the G9 mouse with the newly upgraded Logitech G15 Gaming Keyboard. Rapidly adopted by game developers and consumers alike, the G15 keyboard’s integrated LCD panel offers built-in support for popular games, including World of Warcraft, Battlefield 2142™ and Quake Wars™. In addition, the G15 keyboard includes a public software development kit (SDK), which allows gamers to program any game to leverage GamePanel for better performance.

The G15 keyboard also offers six on-the-fly programmable macro keys with three modes, for a total of 18 programmable keys per game or application. This means, for example, World of Warcraft players can program the G keys to access their spells more efficiently. To provide gamers with maximum versatility, the G15 supports different combinations of keys for different games; the G15 keyboard activates game-specific settings when a programmed title is launched. And with a reduction in the number of programmable keys to six, the updated G15 keyboard is more compact in size, offering gamers more space on their desk without sacrificing performance.

With two built-in, full-speed USB ports on the keyboard, gamers can simply plug in their mouse and headset for the ultimate gaming experience. The G15 keyboard includes backlighted keys for late-night gaming sessions and includes a game mode switch, which disables the Windows key, eliminating the inconvenience of accidentally closing a game.