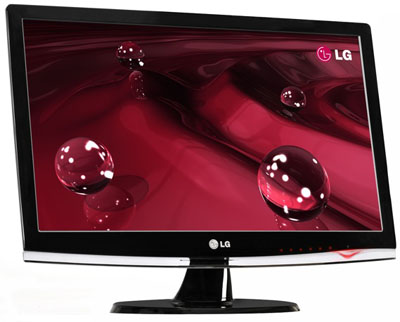 These monitors include an incredible Auto Brightness feature that allows them to automatically optimize their brightness and other picture settings based on the ambient light in the room and the content being viewed. LG based these settings on the unified glare rating (UGR) recommended by International Commission on Illumination to ensure a comfortable viewing experience.

“LG conducted extensive research throughout Europe and Asia, and learned that one major complaint people had about their monitors was eyestrain from the screen being either too bright or too dark,” said B.B. Hwang, President and CEO of LG Electronics Business Solutions Company. “Because of this, LG’s W53 SMART Monitors are packed with the world’s first full suite of intelligent features that optimize the screen’s brightness to reduce eyestrain. This also significantly reduces power consumption by lowering the intensity of the backlight.”

Another of the W53 series’ SMART features is Cinema Mode, which eliminates distractions when watching online videos. This unique setting blacks out everything except for the video clip, focusing the viewer’s attention on the desired content and not on distracting ads. Continuing the working smart and reducing eyestrain theme, these monitors also include a timer that reminds users to take a break from their work at predetermined intervals. Reminders can easily be set to once per hour or at specific times through the same easy-to-use interface that controls the monitor’s settings.

Helping further eliminate distractions, a proximity sensor under the W53’s bezel detects when a hand approaches the screen and activates lights that make buttons easy to find when they are needed. When not in use, the lights disappear, giving the monitor a sleeker, cleaner look.

“Today, screens are ubiquitous in our lives, appearing on computers at work and home, cell phones, portable multimedia players, GPS navigation systems and digital cameras,” added Mr. Hwang. “LG researchers developed SMART technologies to minimize the effects of eyestrain that is often caused by the long hours we spend in front of screens.”

LG’s W53 SMART Monitors are available in sizes from 18.5 to 27 inches. Monitors larger than 21.5 inches offer 1920 x 1080p Full HD resolution with a 16:9 aspect ratio, making them the perfect fit for Full HD movies and games. The monitors also boast a digital fine contrast ratio of up to 50,000:1 and a 2ms response time.

LG’s W53 SMART Monitors will be available in major markets around the world including U.S., Europe, Asia, the Middle East and Africa, South America and CIS starting in April of this year.