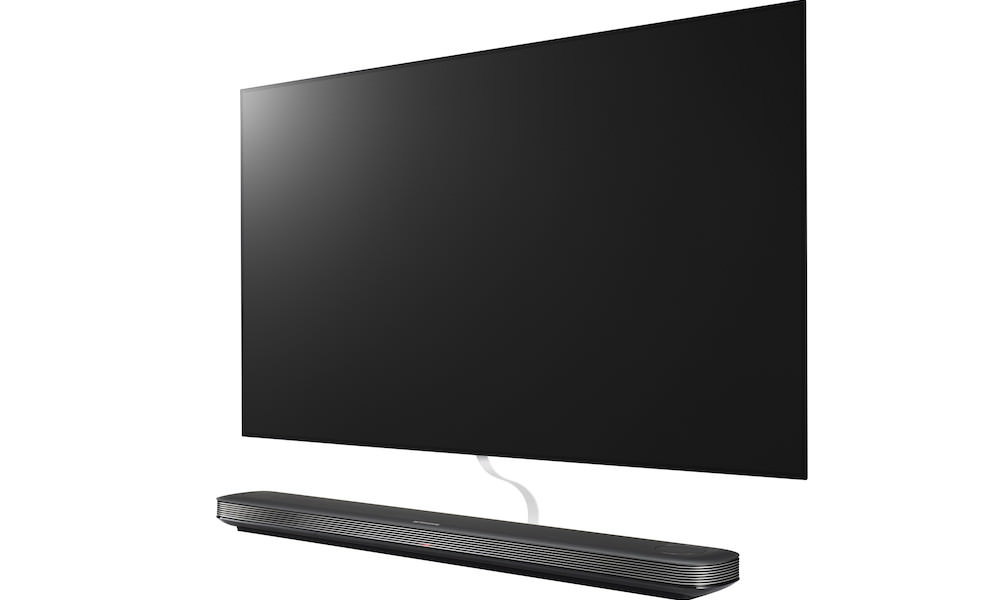 The thinnest of thin TV models for 2017 goes to LG Electronics SIGNATURE OLED TV W-series, measuring only 2.57mm thin. That is over half the thickness of the iPhone 7, and equivalent to about 50 sheets of paper. LG calls it a wallpaper TV and they are not kidding. The TV has to be mounted to the wall (via special magnetic wall-mount), because it would warp in a stand configuration. It literally forces a Picture-on-Wall design and will be available in 65-inch or 77-inch screen sizes only. Oh yeah, it’s 4K Ultra HD with HDR too. 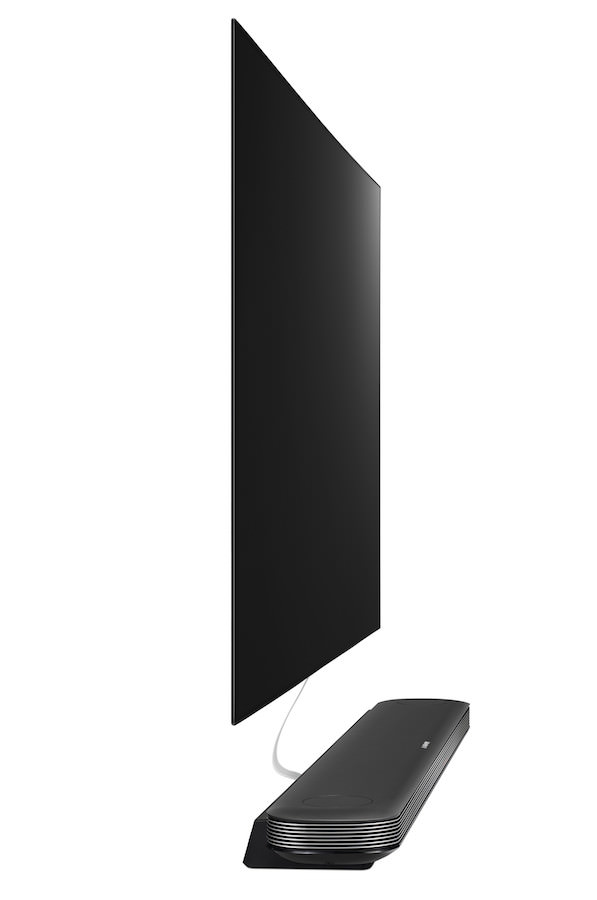 The innovative design of the W7 series follows LG’s “less is more” philosophy, removing all unnecessary elements to emphasize the beauty of the screen alone. The W7’s sleek, razor-thin profile makes the TV appear to be levitating in mid-air, adding a sense of unparalleled immersion. The OLED panel, measuring only 2.57mm thin in the 65-inch model, can be mounted directly on the wall, eliminating any gap between the TV and the wall. Finally, sound is not overlooked either. An external sound bar is included with support for Dolby Atmos surround sound.

Featuring the latest version of LG’s intuitive webOS smart TV platform, version 3.5, viewers will have no trouble accessing premium content online. In order to offer viewers access to the most convenient home cinema experience possible, LG has partnered with leading digital content providers such as Amazon, Netflix and Vudu. But to take advantage of its HDR capabilities, buyers will need to access HLG programming from DIRECTV, Dolby Vision content from Netflix or Ultra HD Blu-ray disc, or HDR10 titles from Amazon Prime Video.

Still not sold? Here’s a few of the accolades it received at CES 2017, where it was unveiled last week:

Price and Availability
The 65-inch LG W7 (OLED65W7P) Wallpaper OLED TV is priced at $7,999. It can be see on display in seven Magnolia locations at Best Buy across the USA, in cities including San Francisco, Los Angeles, Las Vegas, Houston, Dallas, Boca Raton, FL, and Paramus, NJ.

Each model in the 2017 lineup will continue to live up to the unrivaled ability of OLED to reproduce the most lifelike images of any display technology, with perfect blacks, infinite contrast, expanded color gamut, and wider viewing angles. LG’s latest OLED TVs are built on a foundation of excellence and come with a number of new cutting-edge features designed to transform the TV into a comprehensive entertainment hub. LG’s 2017 OLED TVs feature the amazing blade-slim design of the B7 and C7 series, Picture-on-Glass design of the E7 and G7 series, and the unique Picture-on-Wall design of the newest W7 series.