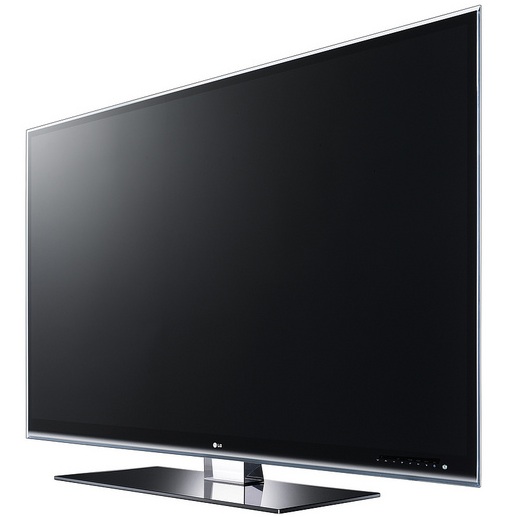 The NANO FULL LED display employs a thin film incorporating a full array of LEDs, giving it more uniform light distribution and detailed local dimming from over two hundred addressable sectors. With more uniform lighting and improved localized dimming in both 2D and 3D modes, this model offers a greater range and life to colors. Add LG's TruMotion 480Hz refresh rate and the overall effect is a picture so smooth, sharp and realistic, it's as if the action is playing out right in viewers' living rooms. With NANO technology, superior picture quality meets stylish design, allowing for an incredibly narrow bezel and thin depth of just 1.08 inches.

LG's FPR technology optimizes the separation of images for the left and right eye, which are then filtered through the glasses to give viewers a better 3D effect with minimal cross-talk. LG's 3D Light Boost, a thin film covering the screen, creates bright, crisp 3D images for a superior 3D viewing experience by helping to counteract dimness that can occur with other 3D systems. The 2D to 3D Conversion feature provides a ready supply of shows and movies in high quality 3D.

To complete the package, the 55LW9800 incorporates the expanded LG Smart TV online content package, which offers easy access to thousands of movies, customized apps, videos, web browsing as well as simple multimedia file sharing within a consumer's home network. New additions to LG Smart TV include content from Amazon Instant Video, Hulu Plus, MOG, as well as video conferencing with Skype (accessories sold separately), and numerous options in the LG App store, such as the new 3D Zone. All this content is organized in a simple to use interface controlled by LG's unique gesture-based Magic Motion Remote Control and easily accessed using the TV's built-in Wi-Fi.

The LG CINEMA 3D TV series also include these models for 2011:

While all LG CINEMA 3D models are bundled with four pairs of lightweight, 3D glasses and additional sets of glasses are available for affordable purchase.