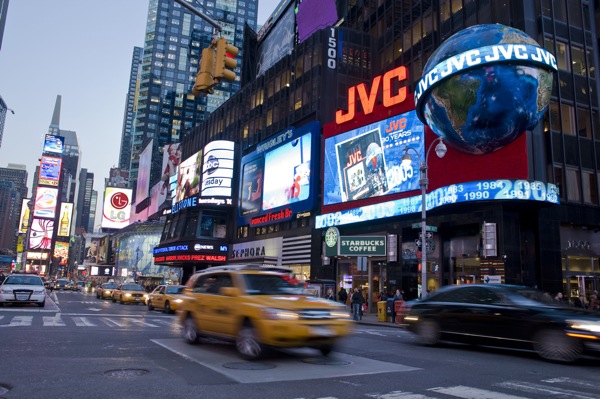 JVC will today unveil a new LED billboard that is the first true 720p high definition display in New York’s Times Square. JVC has maintained a continuous presence in Times Square since 1979 and its iconic JVC globe has been a fixture at the northeast corner of Broadway and 43rd Street since 1999. The new billboard features three LED displays — the main screen and two “tickers”, including one that encircles the globe.