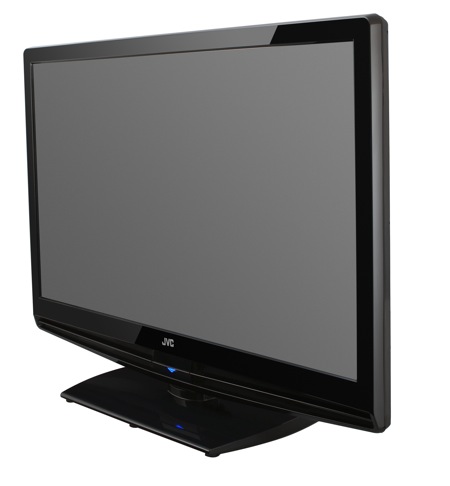 A full line of new high definition LCD televisions was unveiled by JVC. Each set in the new four-model line features full HD resolution and a sleek new cabinet design.

Other features shared by all four new sets include a dynamic backlight to deliver deep blacks and bright whites, JVC’s Smart Picture technology that analyzes source brightness to deliver the best possible image, and a timer for powering up the TV at a scheduled time. All models also feature a new easy to navigate on-screen display with drop down submenu’s that guide the user through every aspect of operation.

Audio features include 10 watts per channel and JVC’s oblique cone speakers that use an off-center voice coil design to direct the sound up and toward people sitting in front of the television.

A new cabinet design features a thin bezel and a black glossy finish for the entire cabinet, including the stand.

The TeleDock (P-Series) TVs include an integrated iPod dock 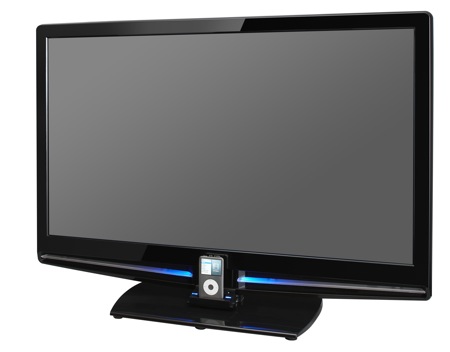 For 2009, JVC TeleDock televisions offer significantly improved iPod compatibility. Each model includes a flip-down iPod dock at the base of the set, providing a direct connection for playback through the TV. Video files are easily played back on the television, music files can be played through the TV’s sound system, and photos stored on an iPod can be viewed on the TV. The docked iPod can be controlled from the TV’s remote, which includes a circular keypad with a control scheme that mimics the iPod’s control wheel. In addition, the iPod charges while docked whether the TV’s power is on or off.

When an iPod is docked, a menu appears on the TV screen. Second generation TeleDock sets display a comprehensive iPod-like menu that allows selection of music or video playback and also supports music search. During video playback, low resolution files, such as internet videos, can be displayed in a small screen mode. Higher resolution video can be shown in nine aspect modes at full screen.

For 2009, the TeleDock line offers the following enhancements:

The sound package delivers 10 watts per channel to a pair of JVC’s exclusive oblique cone speakers.

All five models feature a gloss black finish including the base and a new light “diffuser” front illumination. The P300 models radiate blue light while the P500 series models feature a white light radiating from the front panel. The diffuser is made of frosted acrylic and distributes the light across the bottom panel of the sets. The illumination is dimmable and defeatable in the menu.