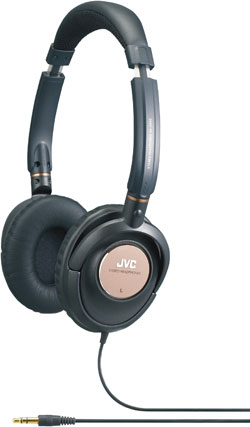 The HA-S900’s performance is achieved through the use of a carbon compound diaphragm mated to a ported ring that controls the diaphragm’s movement, or sound pressure level, and so provides greater detail across a wide frequency range. Further enhancing the listening experience are sound-insulating ear pads that effectively block out ambient sound while also providing a comfortable fit.

The cushioned ear pads fold flat, so they’re easily packed, and a carrying case is included. Other features include a gold-plated iPhone-compatible plug and a four-foot tangle-resistant cord.

The JVC HA-S900 is available immediately at a suggested retail price of $129.95.