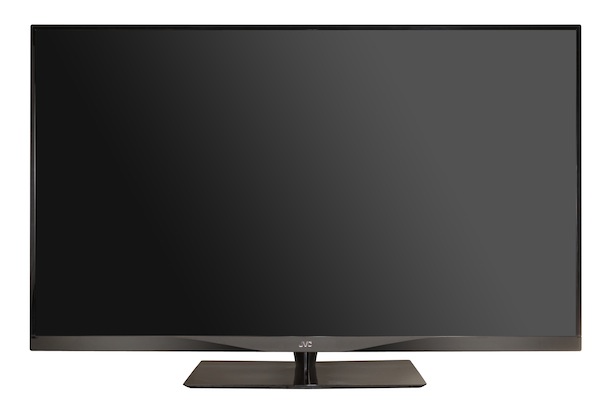 The new BC50R joins the original JVC BlackCrystal LCD and E-LED line, which until now featured screen sizes ranging from 32 to 47 inches. In addition to expanding the screen real estate of the BlackCrystal line, the 50” model also sports a new, ultra-thin bezel design, while carrying over all of the high-performance features that made previous models a standout in the value-oriented LCD/LED market, including 1080p Full HD video at 120 Hz; CrystalColor technology for brilliant color reproduction and sharp, lifelike imagery; and of course, XinemaSound 3D, which applies a number of psychoacoustic and digital signal processes to elevate the TV far beyond what is normally possible with built-in TV speakers, thereby negating the need for an outboard audio solution.

In addition to employing the same crosstalk cancelling technology found in high-end soundbars to enhance channel separation and create a more lifelike surround sound effect, XinemaSound 3D also applies an Equal Loudness Contour to the audio signal, for perceptually balanced audio mix that sounds more natural to the ears across the entire sonic spectrum; as well as Clear Dialog processing, which dynamically and selectively adjusts the level of dialog in an sound mix to ensure that viewers will never strain to hear a word of their favorite TV shows or movies.

To accompany its stunning sound quality the BC50R boasts a complete complement of video adjustments and enhancement, allowing the end-user to dial in the perfect picture in any environment, including: smart local dimming for superior black levels and enhanced contrast; 2D motion-adaptive de-interlacing with automatic 3:2 & 2:2 reverse pull-down; color temperature adjustments with independent gain and offset; an Ambient Light Sensor, which automatically adjusts brightness to the room ambient light level for a more comfortable viewing experience; and an impressive 6.5ms response time, all from a 1080p panel boasting 20,000,000:1 dynamic contrast ratio and a viewing angle of 178°.

For easy viewing of photos, the BC50R reads .jpg files via a USB input. A stereo headphone output allows private listening or late-night viewing, and an Audio Only mode to conserve energy when listening only to soundtracks. Other energy-saving features include Auto Power Off and full Energy Star certification.

Price and Availability
The JVC BC50R HDTV will be available April 2013 for $799.