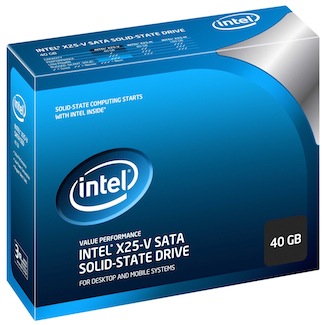 Intel recently announced that its Solid-State Drives (SSDs) are now available in Best Buy stores across the country and on BestBuy.com.

SSDs can replace or complement a traditional hard drive in a notebook or desktop PC and deliver noticeably faster computer performance when booting up, opening files and running software applications. With no moving parts, these SSDs deliver greater reliability and consume less power than conventional hard disk drives (HDDs). During the past decade, HDD speed has only improved 1.3 times, while Intel's processor speeds have improved more than 200 times. This has caused a system bottleneck that SSDs can help solve. HDDs use a mechanical arm and spinning platter, which can sometimes result in a hard disk crash. An SSD uses flash memory chips and is 100 percent solid state with no moving parts. This makes an SSD extremely rugged, reliable and energy efficient. The biggest benefit is in performance, where an Intel SSD delivers up to 56 percent improvement in system responsiveness for gamers, multimedia enthusiasts or anyone desiring to get more performance out of their new or existing notebook or desktop computer. 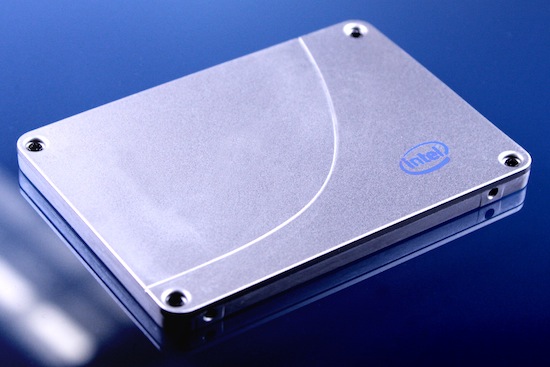 “When you upgrade to an Intel Solid-State Drive, you see a dramatic improvement in your computing experience,” said Pete Hazen, director of marketing for Intel NAND Solutions Group. “We've already shipped more than a million SSDs and consumers are realizing that SSDs aren't just an alternate means of storage, but a performance enhancement that brings a new level of responsiveness to their computer. With Best Buy selling Intel SSDs, we hope more people will begin to experience the dramatic effect of solid-state drive computing.”

“We think solid-state drives will become increasingly popular as people realize how much faster they can boot up and run their favorite software or work-intensive applications,” said Jason Bonfig, vice president of Computing at Best Buy. “Our customers are looking for the latest and greatest in technology and entertainment experiences. Now they can purchase an Intel SSD and add it to a new or existing computer for a makeover that will improve their computing or gaming experience.”