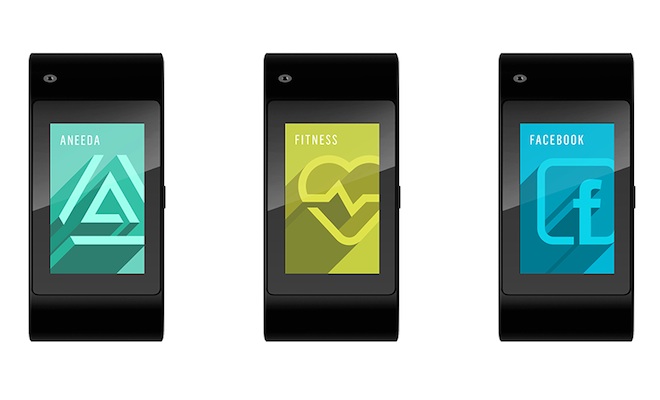 Earlier today at Dreamforce 2014, will.i.am unveiled i.am PULS, which claims to be the world’s first untethered smartband wearable device. The bracelet has a curved screen and has the ability to make/receive calls and operates independently of any smartphone, whereas most smartwatches use Bluetooth and require close proximity to a smartphone.

will.i.am spent 2-1/2 years with 35 engineers developing the PULS with his own money. He says it’s a device that will change the way we live. For instance it can be worn at the gym to keep you connected to the digital world, without having to keep a smartphone in your pocket. He thinks users will discover new use cases to seamlessly integrate in their lives, without the bulk of a smartphone.

Price and Availability
We don’t know price or release date. See iampuls.com. But AT&T is said to be the exclusive launch carrier.