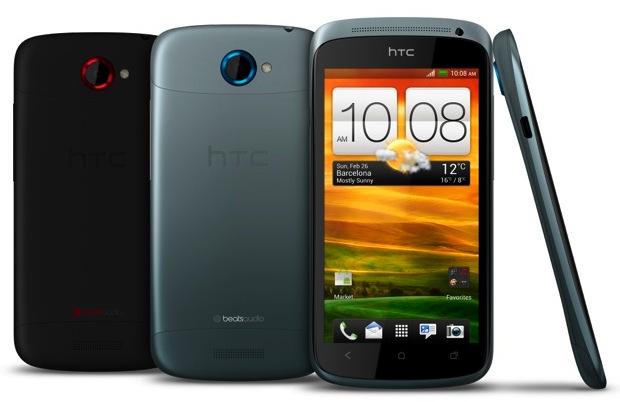 HTC announced the One S for people who want a high-end smartphone in a more compact size. It is powered by a Qualcomm Snapdragon S4 processor with up to 1.5GHz dual-core CPU's. It also includes a 4.3-inch screen crafted from contoured Corning Gorilla Glass. HTC One S brings HTC's innovative metal unibody styling to a new thin 7.9mm design, making it HTC's thinnest phone yet.

The HTC One S sports two new finishes that break new ground in mobile phone innovation. The first is an ultra-matte black Ceramic Metal surface that is the result of a microarc oxidation (MAO) process originally developed for use in satellites. It transforms the surface of the aluminum unibody into a ceramic, super-dense crystalline structure that is four times harder than anodized aluminum, enabling the HTC One S to look great over time. The second finish for the One S takes anodizing to a new level with a new patented process that creates a light-to-dark gradient fade that looks gorgeous and sophisticated.

The Beats Audio integration in the HTC One S is enabled for richer, more authentic sound when consumers listen to music. The HTC One S also makes it simple to get and listen to music, with Google Music pre-loaded on the device for easy cloud-based access to the user's personal music collection.

Price and Availability
The HTC One S is expected to be available this spring 2012 from T-Mobile USA, pricing TBD.