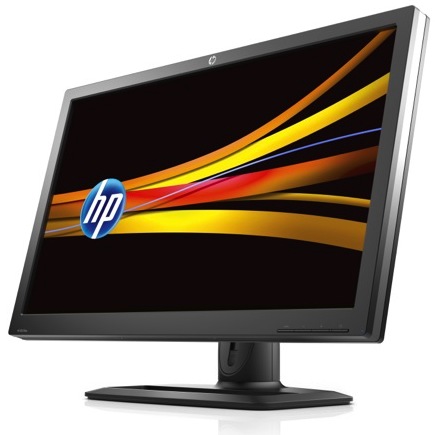 The four new HP ZR-series Performance Displays are aimed at professionals in animation, game development, broadcast, computer-aided design, design and graphic arts, where performance and visual quality are imperative. Each comes with light-emitting diode (LED) backlights for a slim industrial design, more robust colors and the elimination of mercury.

All of HP's ZR series displays employ IPS technology for ultrawide viewing angles. They offer up to 10 times higher contrast ratios when viewed from an angle as compared to mainstream monitors that use twisted nematic (TN) technology.

All four displays have sRGB-class color gamuts. The sRGB color space is the industry standard for web browsers, digital cameras and printers and also matches the Rec. 709 color space used for HDTVs and video editing.

The HP ZR2740w generates more than 1 billion onscreen colors for smooth color transitions that virtually eliminate banding artifacts. HP Direct Drive Architecture transmits the color value from the workstation graphics card directly to the billion-color panel with no alteration in the display

Additionally, the 21.5-, 24- and 27-inch diagonal models feature an eight-way comfort adjust stand and new HP Quick Release 2, which is mounted flush on the back of the display for easy VESA mounting.