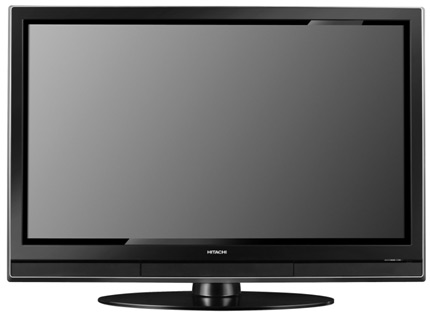 Hitachi Introduces Fall Line: All 1080, All Flat Panel, All Large Screen HDTVs With Patented Technologies for Unparalleled Picture Performance No Matter What You Are Watching

With today’s introduction of its new product line, Hitachi takes an important step forward in executing on its visionary strategy of providing all 1080, all flat panel, all large-screen (42″-60″) HDTVs with patented, innovative features and never-before-seen technology breakthroughs that deliver the most captivating, sharp and clear visual experience, no matter what viewers are watching.

The following 10 new HDTVs are being announced today and bring Hitachi’s overall product offering to a total of 14 feature-rich flat panel displays:

Breakthrough Technology Features
Boasting 1920 x 1080 line resolution in the vast majority of its new line, these Hitachi HDTVs deliver more than 2 million pixels which represents the highest resolution standard in the industry today. This advanced resolution, combined with Hitachi’s PictureMaster™ IV and V digital video processors, developed and refined throughout Hitachi’s 50-year legacy of invention and innovation in image processing, provides the most realistic images ever displayed on a television. And while this might have been enough to satisfy some HDTV manufacturers, Hitachi added another breakthrough technology element called Reel60 that makes the picture performance truly unparalleled.

Hitachi’s Exclusive Reel60 Technology: A Breakthrough in Film Processing
Hitachi R&D today unveiled a technology breakthrough called Reel60™, which is a key feature in its Full HD 1080 50-inch HDTV (model P50V701) and its Director’s Series Full HD 1080 HDTVs in both 50-inch (model P50X901) and 60-inch (model P60X901) screen sizes. With Hitachi Reel60, a technique is applied that accurately and automatically eliminates the jittery or stuttering visual effect called “judder” which results from outdated methods for 3:2 pulldown correction (i.e. converting from 24 frames used in film to 60 frames used in television). By applying a motion interpolation technique that creates new frames based on the original film images, Hitachi’s Reel60 processing technology smoothes out the movement and precisely matches the original motion. The result is extremely smooth, pure motion, whether it’s a passing vehicle or a camera pan from across the screen or side-to-side. (Editor’s Note: Complete details on Hitachi’s Reel60 technology can be found in a separate release entitled: “Innovative Film Processing Technology from Hitachi Overcomes a 50-year Problem in Television,” dateline: June 28, 2007)

Elegant Details Make the Difference
In all of its new models, Hitachi provides elegant details that enhance convenience and make a real difference in the viewing experience. For example, in some models, Hitachi’s Power Swivel capability allows viewers to alter the angle of the display 30 degrees right to left, in seconds, all with a simple press of a remote control button. Additionally, in its V-Series and Director’s Series models, the remote control includes glow-in-the-dark keys, another convenience feature for consumers, particularly since the displays are often viewed in dimly lit or dark rooms, as consumers seek to replicate the theater environment at home.

The LCD displays are all available in September and are priced as follows:

Hitachi has a unique position in the marketplace by manufacturing and developing its own core technologies to provide consumers and businesses with optimal product performance in each of Hitachi’s product categories. For consumer products, please visit http://www.hitachi.us/tv.