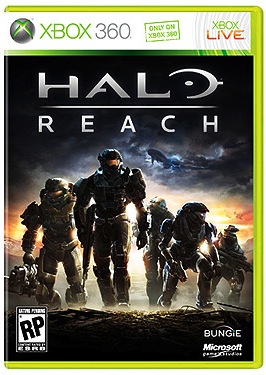 The most anticipated game of the year is making its worldwide debut this September. Halo: Reach, the blockbuster prequel to the best-selling video game franchise and hailed as the No. 1 game series of all time, will leave its mark on the entertainment landscape when it launches worldwide, starting Sept. 14, 2010, and in Japan on Sept. 15.

Developed exclusively for Xbox 360 by acclaimed studio Bungie, “Halo: Reach” drops players back into the iconic universe they love so they can experience the birth of the “Halo” legend. During the past 10 years, the “Halo” franchise has inspired multiple New York Times best-selling novels, comic books, action figures, apparel and more, and it has sold more than 34 million games worldwide to date.

“‘Halo: Reach’ is the culmination of a decade of ‘Halo,’ a franchise that has become a global entertainment and pop-culture touchstone,” said Phil Spencer, corporate vice president of Microsoft Game Studios at Microsoft Corp. “Just as ‘Halo: Combat Evolved’ catalyzed the success of the original Xbox to define a decade of entertainment, ‘Halo: Reach’ will push the boundaries for what’s possible in video games and help make 2010 the biggest year in Xbox history.”

“There’s no doubt in my mind that ‘Halo: Reach’ will be one of the biggest games and hottest entertainment products of the year,” said Bob McKenzie, senior vice president of merchandising at GameStop. “Pre-orders for ‘Halo: Reach’ have been off the charts, with fans snapping up the limited and legendary editions since they were introduced just a month ago. Overall, it’s a real testament to the passion of the ‘Halo’ fan base.”

Consumers Help Make History With Record-Breaking “Halo: Reach” Beta
As a testament to the anticipation for its release, more than 2.7 million “Halo” fans helped make entertainment history this month by participating in the “Halo: Reach” multiplayer beta on Xbox LIVE, making it the largest console video game beta test on record and more than triple the size of the “Halo 3” beta. Players completed more than 13 million online games and logged over 16 million hours of online gameplay, amounting to over 1,826 years of total play time in just over a two-week period. The data and user feedback gathered from the beta will help Bungie and Microsoft further refine the game and deliver a blockbuster experience that fans have come to expect from the “Halo” franchise.

“Halo: Reach” follows the story of Noble Team, a squad of heroic Spartan soldiers as they make their final stand on planet Reach, humanity’s last line of defense between the terrifying Covenant and Earth. Representing the best-in-class multiplayer elements that have become the hallmark of the “Halo” series, “Halo: Reach” offers the most action-packed multiplayer experience yet on Xbox LIVE. The “Halo: Reach” experience is completed with an intense campaign, an unparalleled suite of features and stunning new visuals powered by groundbreaking new technology.

“Halo: Reach” represents an enormous evolution for the genre-defining “Halo” games, and is testament to Bungie’s 10 years of experience crafting amazing experiences. During the past decade, “Halo” fans have demonstrated their commitment to the franchise by logging more than 2 billion hours of gameplay on Xbox LIVE, sharing millions of pieces of user-generated content, creating original “Halo” machinima series and even holding “Halo” themed weddings.