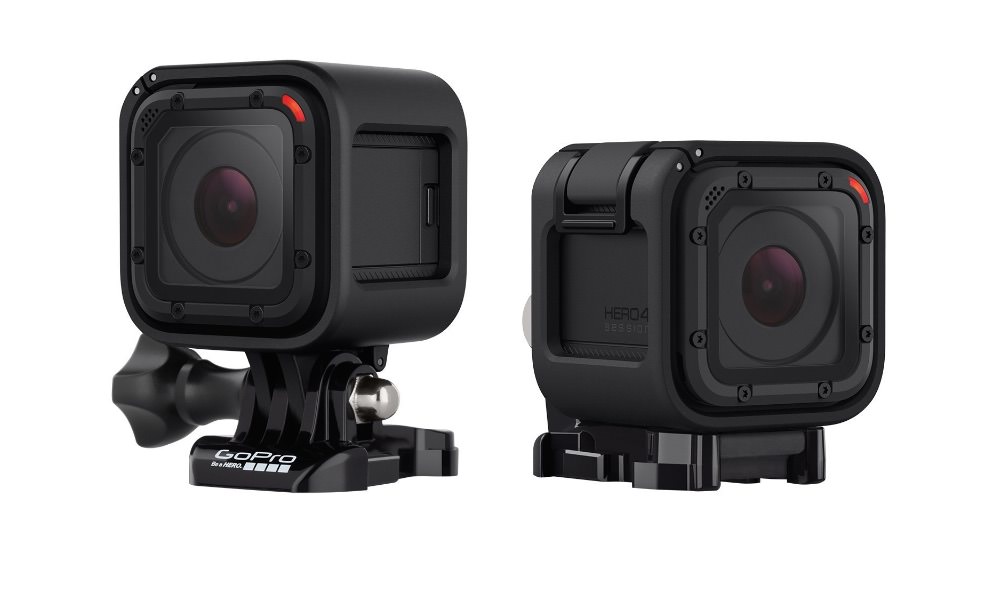 GoPro announced HERO4 Session — the smallest, lightest, most convenient GoPro yet. At 50% smaller and 40% lighter than GoPro’s HERO4 Black and Silver cameras, HERO4 Session combines ultra-compact waterproof design with easy one-button control for simple, yet powerful, Full HD 1080p video recording. The square-shaped action-cam benefits from a durable waterproof design that eliminates the need for a separate housing and features simple one-button control to make capturing immersive photos and video quicker and more convenient than ever before. HERO4 Session is also compatible with existing GoPro mounts.

HERO4 Session captures GoPro-quality 1080p60, 720p100 and 1440p30 video along with eight megapixel photos in Single, Burst and Time Lapse modes. It features many of the same innovative features found in GoPro’s best-selling HERO4 Black and Silver cameras, including SuperView, Protune and Auto Low Light recording modes. An expanded set of controls and settings can be accessed when using the GoPro App or Smart Remote.

HERO4 Session is built to GoPro’s famous rugged standards and is waterproof to 33 feet (10 meters). It features a sleek frame mounting system that is compatible with GoPro’s expansive array of mounts.  An innovative dual microphone system dynamically switches sound recording between microphones to reduce wind noise during activities. Audio performance during water-based activities has been dramatically improved thanks to HERO4 Session’s waterproof design that eliminates the need for a separate waterhousing, which can often muffle sounds.

GoPro HERO4 Session -- Ditch your smartphone and go have some fun

WIRED6 years ago
You Are Here