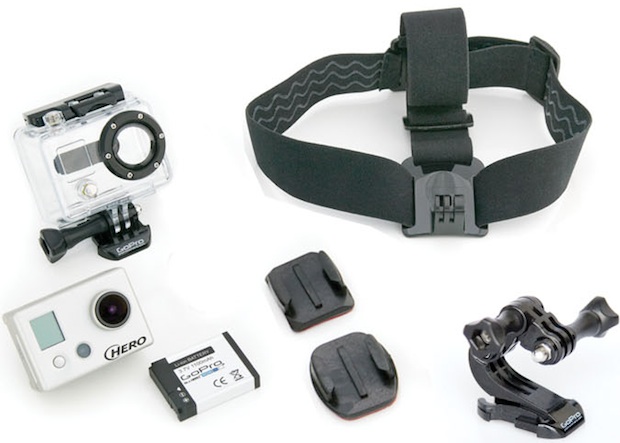 GoPro announced the HD HERO 960 Wearable HD Sports Camera, an entry level $179 version of the HD HERO camera. The HD HERO 960 incorporates the same professional image and sound quality that has made the original HD HERO the camera of choice for more athletes and filmmakers than any other sports camera/camcorder in the world.

Aside from theses changes, the HD HERO 960 is a full blooded GoPro camera. Retained are the award winning image and audio quality, ease of use, and durability. A sample of video shot in 960 on the HERO can be seen here. The HD HERO 960 is compatible with GoPro's full line of mounting accessories and comes standard with GoPro's first class customer service and one year warranty.

Also featured in the HD HERO 960 is GoPro's hands-free 5 megapixel timelapse photo mode. This automatic photo taking feature landed ASP World Longboard Champion, Harley Ingleby, on the cover Australian Longboarding Magazine this past July. The photo below is the original shot that landed the on the cover of the magazine. “I just paddled out and the wave that got the cover shot was actually the very first wave I ever set it up to shoot still photos,” said Ingleby. 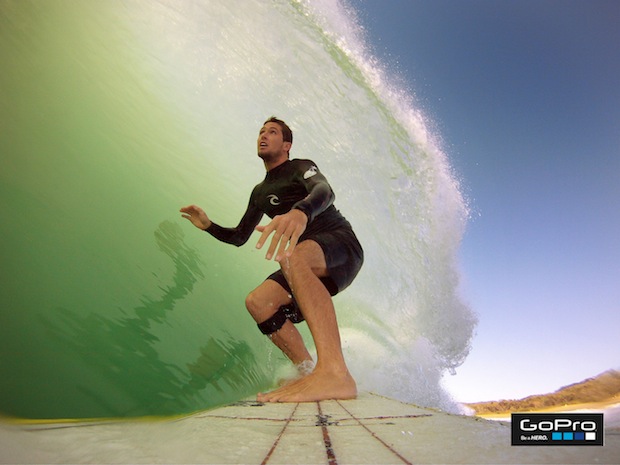 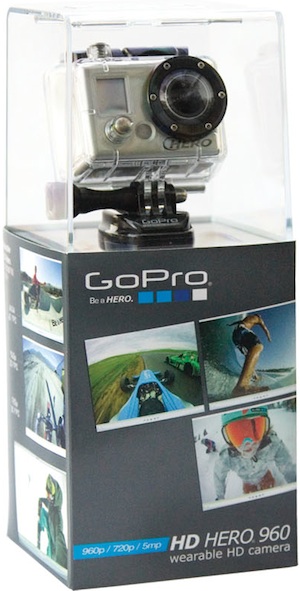 The HD HERO 960 shares the same bomb-proof housing construction that has taken the original 1080p HD HERO to both the North and South poles, to the edge of Space and down to the great depths of the ocean. Rated to 180'/60m, the HD HERO 960's housing protects the camera during any activity so that you can focus on having fun without worrying about the camera. In the event that you do damage the housing, replacement lenses, housings, and other parts are available so that you can replace only those parts you need, not the entire camera.

Included mounts that come with the HD HERO 960:

A new mount featured in the HD HERO 960 is GoPro's Helmet Front Mount, a curved extension arm that makes it easy to mount the HD HERO 960 on the front of a helmet like a miner's light or headlamp. The most low profile and convenient way to mount a camera on a helmet, the Helmet Front Mount also allows for the camera to be extended out in front of the helmet and pointed back at the wearer, allowing for incredible self portrait videos and photos of the action.

Price and Availability
The HD HERO 960 is available today at GoPro.com and worldwide at authorized GoPro retailers for $179.99 (USA MSRP).