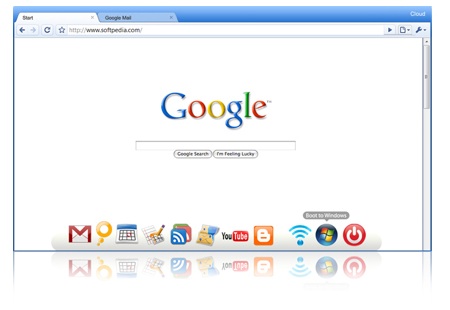 A New Operating System for 2009

Good OS, most known for its gOS Linux that debuted in Wal-Mart computers, today announced “Cloud,” a new operating system that boots into a browser with Google, Yahoo! and Live in seconds, and optionally boots into Windows. Good OS will preview Cloud on a GIGABYTE Touch-Screen Netbook at the Netbook World Summit and online at http://www.thinkgos.com. GIGABYTE Touch-Screen Netbooks will be preloaded with Cloud and Windows XP together early next year.

“We are excited to preview the GIGABYTE Touch-Screen Netbook with Cloud and Windows together, said a Good OS spokesperson. “With Cloud, GIGABYTE Netbooks will power on to the Internet in seconds, while still supporting killer applications together with Windows XP.”

Cloud uniquely integrates a web browser with a compressed Linux operating system kernel for immediate access to Internet, integration of browser and rich client applications, and full control of the computer from inside the browser.

Cloud features a beautifully designed browser with an icon dock for shortcuts to favorite apps, tabs for multi-tasking between web and rich client apps, and icons to switch to Windows, power off, and perform other necessary system functions. Users power on their computers, quickly boot into Cloud for Internet and basic applications, and then just power off or boot into Windows for more powerful desktop applications.

“Cloud is my favorite gOS product yet,” said David Liu, Founder and CEO of Good OS. “Just seconds after I power on, I’m Googling, Yahooing, and truly Living. I am very excited about the upcoming GIGABYTE Touch-Screen Netbooks with Cloud and Windows. I think the GIGABYTE Touch-Screen Netbook’s forward thinking hardware and software will make it the best Netbook to hit the market!”

More details about Cloud and GIGABYTE Touch-Screen Netbooks will be released on January 8, 2009 at the Consumer Electronics Show in Las Vegas.

Digital images of products mentioned in this release are available on request by contacting patmeier (at) patmeier.com.

About Good OS
Good OS is an operating system software company based in the Silicon Valley and Taipei. Since its launch, the company has been recognized in technology press and industry for strengths in cloud computing operating systems and interfaces for consumers. gOS debuted on computers at Wal-Mart Stores last year, and since then have shipped with PC OEMs on NetBooks, NetTops, and consumer PCs. (http://www.thinkgos.com) 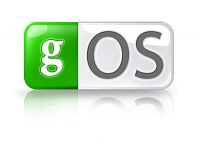