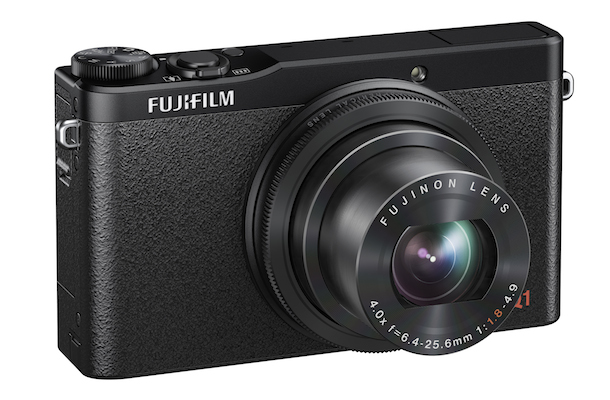 With a sharp 920,000 dot LCD screen made of anti-reflective glass, the XQ1 gives photographers an amazing 85° vertical and horizontal viewing angles as they frame every shot.

The FUJIFILM XQ1 shoots full HD video with up to 60fps and AF tracking performance for quick and smooth focusing that records clear subjects, even when moving the camera body thanks to its dedicated image stabilization.

The camera sensor is designed to control moiré and false color generation by using an original color filter array with a highly randomized pixel arrangement. This technology removes the need for an Optical Low Pass Filter (OLPF) that degrades resolution. The image quality in the XQ1 is further enhanced by using a Lens Modulation Optimizer (LMO) for stunningly sharp pictures, as well as a 3.0 stop Optical Image Stabilization for shooting in low light situations.

The newly developed FUJINON F1.8 4x zoom (25-100mm) is constructed with 4 aspherical and 3 extra low dispersion lenses and each lens surface is coated with HT-EBC to reduce flare and ghosting. The XQ1 also has a wide sensitivity range from ISO100 to ISO12800 so you can take realistic and vibrant images even in low light.

The EXR Processor II more than doubles the processing speed of the previous generation, and it easily captures the information taken from over 100,000 phase detection pixels incorporated in the X-Trans CMOS II to deliver astonishing images. 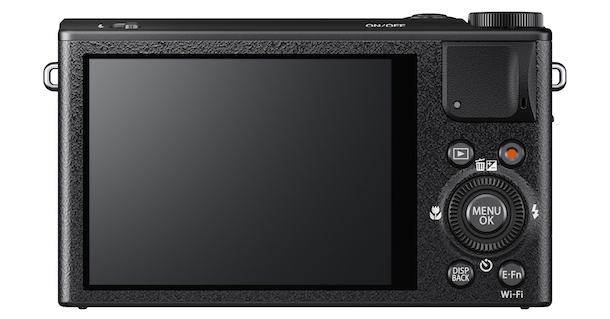 The XQ1 boasts a class leading AF of 0.06 seconds, a shooting interval of just 0.3 seconds between shots, and a shutter lag of 0.015 seconds to capture even the most fleeting and memorable moments.

The FUJIFILM XQ1 includes a WiFi button that lets users transfer high quality photos and movies to smartphones, tablets and computers for easy sharing on social media sites. To connect the XQ1 to a smartphone or tablet, users can download the free dedicated “FUJIFILM Camera Application” to their iPhone / iPad or Android smartphone or tablet device to transfer up to 30 pictures at a time from the XQ1. The app also lets users download movies, expanding the range of options available for enjoying pictures taken with the camera. Once paired, users can press and hold the WiFi button to begin sharing images and movies immediately to their smartphone or tablet.

The XQ1 also has an Advanced Filter function and Film Simulation modes to give users a range of creative filters and film effects to apply and achieve unique and artistic looks.

Price and Availability
The FujiFilm XQ1 is available now for $499.95 in both all-black and all-silver.