ESPN will launch ESPN 3D – the industry’s first 3D television network – it was announced today by George Bodenheimer, Co-chairman, Disney Media Networks, and President, ESPN and ABC Sports. ESPN 3D will showcase a minimum of 85 live sporting events during its first year, beginning with the first 2010 FIFA World Cup match on June 11 featuring South Africa vs. Mexico. Other events to be produced in 3D include up to 25 2010 FIFA World Cup matches, NBA, X Games 16, college basketball, and college football, which will include the BCS National Championship game in Glendale, Ariz., January 10, 2011. Additional events will be announced at a later date.

“ESPN’s commitment to 3D is a win for fans and our business partners,” said Bodenheimer. “ESPN 3D marries great content with new technology to enhance the fan’s viewing experience and puts ESPN at the forefront of the next big advance for TV viewing.”

“This will be a meaningful step to drive adoption of 3D television sets and afford opportunities for our affiliates to create value through new product offerings, and our advertisers, who want fresh sponsorship opportunities,” said Sean Bratches, executive vice president, sales and marketing. 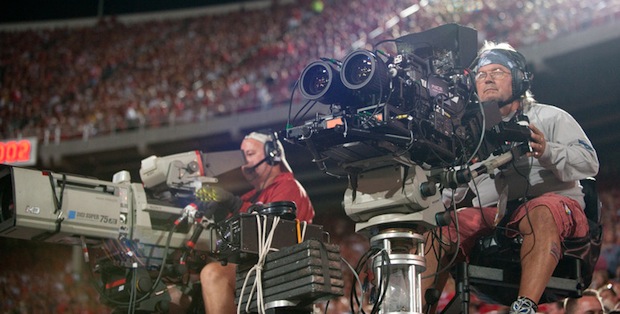 ESPN has been testing ESPN 3D for more than two years. Last fall, ESPN produced the USC vs. OSU college football game which was shown in select theaters as well as to 6,000 fans at the Galen Center on USC’s campus. ESPN has developed best practices for utilizing the technology in live game applications which have provided ESPN the ability to streamline workflow operations, adjust 3D camera positioning, test transmission and gauge fan reaction to a 3D telecast versus a traditional telecast.