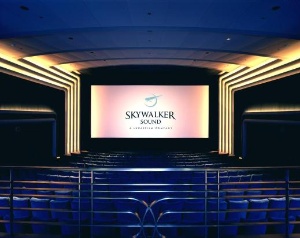 Located in the Technical Building at Skywalker Ranch in Marin County, California, the 300-seat Stag Theater supports any film playback format and provides a state-of-the-art showcase for filmmakers working at the unique, full-service postproduction sound facility. Already equipped with a Dolby Digital decoder, the Stag Theater has implemented Dolby Lake Processor technology in order to optimize the performance of the installed cinema loudspeaker system.

“The Dolby Lake Processor is rapidly becoming a recognized tool for quality tour sound, and is also used in many other live sound installations such as theatres, performing art centers, and houses of worship,” said Ervin Grinberg, Marketing and Sales Manager, Live Sound, Dolby Laboratories. “Dolby is very excited to see new markets emerge with music recording studios and now film audio postproduction facilities like the world-renowned Skywalker Sound, which is one of the premiere sound mixing facilities in the industry.”

The Dolby Lake Processor is also the first all-in-one monitor speaker optimization solution to be implemented at Skywalker Sound. Audio quality may be compromised on a typical film mix stage due to budget constraints and the large number of converters, digital signal processing (DSP), and interconnecting cabling required in the monitor path. The Dolby Lake Processor is an elegant solution that combines multiple channels of very high quality converters and DSP in a single rack unit.

Certain statements in this press release, including statements regarding the functionality and capabilities of the Dolby Lake Processor and the potential benefits to production companies, postproduction facilities, sound engineers, and audiences of these products and technologies, are “forward-looking statements” that are subject to risks and uncertainties. These forward-looking statements are based on management’s current expectations. The following important factors, without limitation, could cause actual results to differ materially from those in the forward-looking statements: risks associated with rapid changes in technical requirements for sound production technologies; building acceptance of and demand for Dolby Lake products and technologies in the sound production industry; risks associated with integrating new technologies with existing systems; and other risks detailed in Dolby’s Securities and Exchange Commission filings and reports, including the risks identified under the section captioned “Risk Factors” in its most recent Periodic Report on Form 10-Q or 10-K. Dolby disclaims any obligation to update information contained in these forward-looking statements whether as a result of new information, future events, or otherwise.