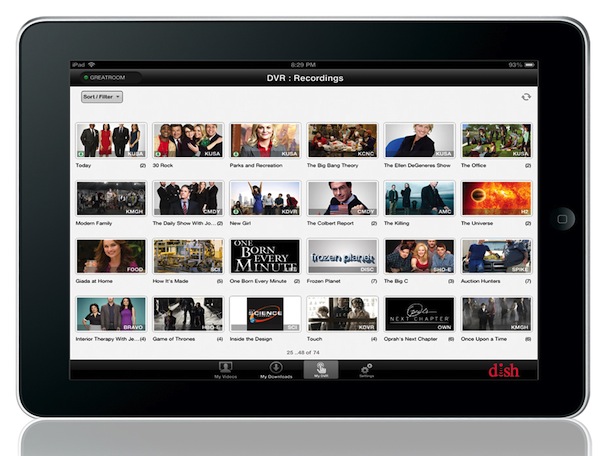 Allows customers to move recorded TV programs from DISH Network’s DVR to iPad for viewing anytime, even without an Internet connection

DISH Network announced the Hopper Transfers app for iPad, an exclusive feature for the new Hopper with Sling Whole-Home HD DVR that lets customers move television recordings from the DVR to an iPad for viewing without an Internet connection.

“Hopper Transfers gives customers the ability to take their recorded television programs and watch them even when no Internet connection is available, such as on a plane” said Vivek Khemka, vice president of Product Management at DISH. “For the first time, customers can truly enjoy their DISH service anytime, anywhere.”

With the Hopper Transfers app, customers can set up their Hopper with Sling to prepare television recordings for mobile viewing. Recordings are then transferred from Hopper to an iPad via the home’s Wi-Fi connection. Each mobile recording transferred features Digital Rights Management technology and is limited to one mobile transfer per recording. Once a recorded television program is finished encoding for mobile viewing, a 30-minute program takes approximately five minutes to move to an iPad.

The Hopper Transfers allows DISH subscribers to access their live TV and DVR television recordings on mobile devices over the Internet. Live mobile viewing is enabled using Sling technology and is now integrated into the new Hopper with Sling.

Availability
The Hopper Transfers App will be a free download in Apple’s App Store later this month.