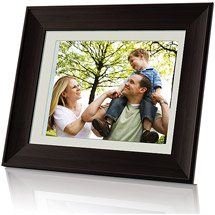 The leading reason future digital photo frame purchasers will buy a frame is as a gift, according to new research from In-Stat. Among consumers planning to purchase a digital photo frame in the next 12 months, 38% of respondents to In-Stat’s survey said they would buy the photo frame as a gift for someone else. As a result, the coming holiday season will be crucial for competitors in the digital photo frame market such as HP, Kodak, Pandigital, Philips, Samsung and Sony.

“The weak economy is certainly slowing growth in this market, as consumers cut back their discretionary spending,” says Stephanie Ethier, In-Stat analyst. “However, pricing continues to fall and awareness is growing. In addition, competitors are introducing next generation digital photo frames that support advanced functions, such as multimedia playback of movie clips and audio files, and include support for Wi-Fi or bluetooth connectivity.”

About In-Stat
In-Stat’s market intelligence combines technical, market and end-user research and database models to analyze the Mobile Internet and Digital Entertainment ecosystems. Our insights are derived from a deep understanding of technology impacts, nearly 30 years of history in research and consulting, and direct relationships with leading players in each of our core markets. In-Stat provides its research through reports, annual subscriptions, consulting and advisory services to inform critical decisions.